Naijanewshub.com.ng reports that the General Officer Commanding (GOC) 2 Division Nigerian Army, Major General Aminu Chinade has described the series of attacks on the Independent National Electoral Commission (INEC) Offices and facilities nationwide as a threat to democracy in Nigeria. 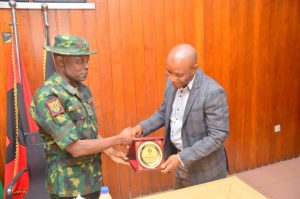 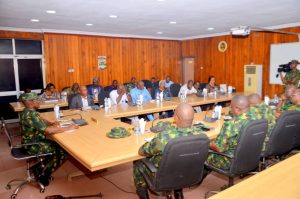 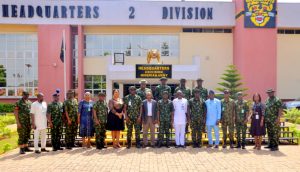 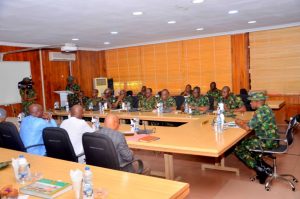 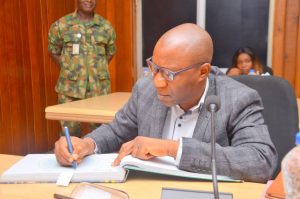 The GOC who said the act is meant to truncate democratic rule in the country, however reiterated that the military and other Security Agencies and indeed 2 Division as stakeholders are tasked, guided and keen on the smooth conduct of the 2023 general election.

He gave an assurance of the military through its operation safe conduct will continue to give all necessary support, work with all stakeholders to ensure a smooth deliverance of the INEC mission of free, fair and peaceful elections in the country.

The GOC used the occasion to welcome the INEC Commissioner to Oyo State, thanked him for the briefing and update on the operations and the level of preparedness of the commission in the state.

Earlier, the Resident Electoral Commissioner, Independent National Electoral Commission, Oyo State Dr Tella Adeniran commended the military on their discipline, conduct and neutrality during electoral periods in the country. Dr Tella, while requesting for the deployment of military personnel to secure all INEC Offices in the state, noted that the commission depend on the military and other security agencies in the conduct of free, fair, credible elections.

The Resident Electoral Commissioner, said the commissions target is to deliver 100 percent success in all the elections, he therefore called for the proactiveness of the military, timely deployment of the military to polling units, sealing of all assess boundaries (roads), uniformity of security for easy identification and ensuring that the no movement order on election day is enforced.

Highlights of the event is the exchange of souvenir and group photograph.

Oyo Is one of the safest states in Nigeria - Makinde