The founding father of Accord in Oyo State, Sen. Rasheed Ladoja, has endorsed Mr Oluwatobi Fatoki, the Accord candidate for the Lagelu State Constituency seat.

Ladoja endorsed Fatoki on Sunday, when he and some of his supporters paid a courtesy visit to the former governor of Oyo State at his Bodija residence, Ibadan.

The former governor who accepted the candidacy of Fatoki to represent Lagelu State Constituency at the Oyo State House of Assembly come 2023, said a brilliant and people’s friendly politician like Fatoki fit for the position.

Ladoja described Fatoki as a young man who has what it takes to represent Lagelu State Constituency in the 10th assembly.

He advised the Accord candidate to follow his positive steps in politics and the positive steps of his father Chief Olatinwo Fatoki which have endeared him to the heart of many.

Ladoja who is also Otun Olubadan of Ibadan land thereafter poured out his blessings on him and drums out support for the victory of Accord.

Earlier, Fatoki, a legal practitioner, and public affairs analyst, said the visit was to receive the blessing of Ladoja who brought Accord to Oyo State and to intimate him on the good plans he has for his constituents if given their votes.

According to him, the political journey of Sen. Ladoja has always be his guide as a young politician, and always looking up to him as his political father. 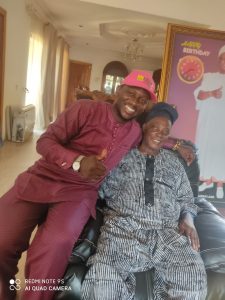 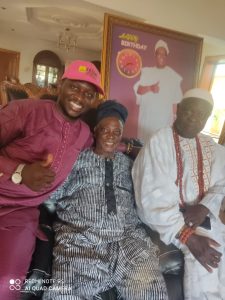 He promised that effective and quality representation would be his watchword, if eventually got the people’s votes and won the election in 2023.

Fatoki added that he would  improve on grassroots democracy and see to emergence of laws that will bring Lagelu and Oyo State to a more positive limelight upon winning the election.

The Accord candidate also urged his supporters and the entire people of Lagelu State Constituency to count him worthy to be their next representative in the state House of Assembly.

On the entourage were Chief Olatinwo Fatoki and some of the candidate supporters in Lagelu loca government area.