Naijanewshubmcom.ng reports that the leadership of the Action Democratic Party (ADP) in Oyo state has on Monday debunked the defection rumour of the party to the rulling People’s Democratic Party (PDP) in the state.

Briefing journalists shortly after the stakeholders meeting, at the Party’s state Secretariat in Ojoo Area, Ibadan the Capital City of Oyo state, the state chairman, Apostle Oludare Ojo who also doubles as the state chairman of Inter Party Adversary Council (IPAC) vowed to institute a legal tussle against whoever that is using the name of the party for any dubious or fraudulent means with the aim to enrich their pockets. 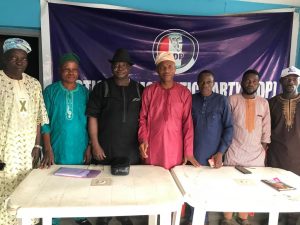 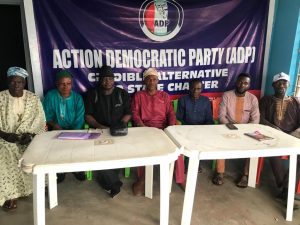 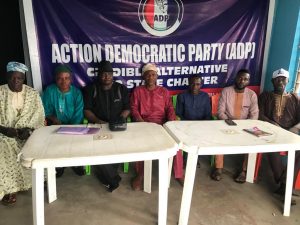 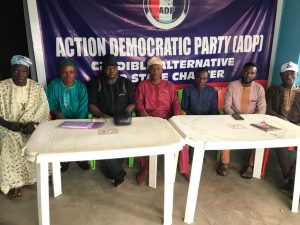 “I know the Joseph Oosa as far back 2019 when he joined us, and after the election he has left the party and not been part of us since then, I wonder why he should come at this crucial time to gather some people in order to go there, the way i see it is that those people gathered themselves together to seek relevant before the duty governor, I want to submit here today that the deputy governor should know that those people just gather together to seek relevance.

“Some are greedy and self center and those people don’t really love the government of the day nor the progress of the state. ADP is a party to be recon with, we participated in last 2019 elections and in the local government elections that was held in Oyo state, we authenticated the last local government elections, I wonder how such a person will go to visit the Deputy Governor in his house in order to gather some people like that, I want to say they are not ADP members neither Joseph Oosa is a chieftain or leader or a member of ADP as of today.

“However I want to appeal to the governor of the day to look out for various groups like this who just present themselves as a somebody responsible trying to use a credible party like ADP to make some money and relevance at this time, we want the government to please be on the lookout, we have our structure on ground intact throughout all the 33 local government zones of the state.

“ADP has leaders, chieftains all over the 33 local government areas of Oyo state, we know our members, we know our leaders, we know our stakeholders and the state working committee are presently working to really identify such group of people for proper to hider further such activities and as we approach the 2023 elections and by the grace of God I’m the chairman of the inter party adversary council of Oyo state so how will such group grouped themselves together when I as the chairman of the inter party adversary council was not aware of such move, that means they are fake members, so I want the general populace to be very careful in dealing with such people like that.”

“If those people did not desist from this fraudulent action, we are going to take them to court for proper litigation action.” Apostle Ojo said.

Also in his contributions, the ADP North Central Senatorial District Candidate, Mr. Tunde Kolajo, said, “All the local government chairmen, all the zonal chairmen, all the leaders of the party in Oke Ogun are well known to me, but the element in question that visited the deputy governor and presenting themselves to be chieftain of ADP are unknown elements as far as ADP in Oke Ogun is concerned.”

“I believe that this is a ploy and cheap political prank for them to have deceived the state deputy Governor into thinking that they are authentic and that they have any positive purpose towards his status as an Oke Ogun indigenes in office of the deputy governor, apart from their leader who is Joseph Oosa who had once been a party member left since 2019 officially is not known as the member of the party, he doesn’t have the party’s identity card and other people that followed him are complete strangers to the party structure, party organizations in Oyo state and in Oke Ogun.”

“I just want to inform the general public that their claims were completely fraud and not tenable, we the authentic Oke Ogun ADP are solidly on ground we are not defecting to the PDP or any party for that matter, indeed we’re in the process for organizing ourselves for a serious campaign towards elections of our senatorial candidates, house representatives and house of assembly candidates and our stand is therefore that these people should be discarded off.”

Investigate and determine whether they are true representative or not.” Tunde said.

2023 Budget Will Speak The Voices Of The People - Oyo SSG