Governor Seyi Makinde has reassured canadian government of his readiness for partnership in order to move Oyo state forward.

Naijanewshub.com.ng reports that Oyo State governor, Engineer Seyi Makinde says with its many strategic advantages particularly in areas of agribusiness, the state remains open for business and meaningful collaboration.

The governor, who stated this when he received the Deputy High Commissioner, Government of Canada in the company of his Trade Commissioner Assistant to his office expressed optimism that Oyo State has a lot of areas which Canada could leverage on for partnership.

Governor Makinde explained that with the state’s vast arable land, significant solid mineral deposits and tourism potentials, the prospects of doing business in the state remains enormous especially with recent incentives from the World Bank on the ease of doing business. 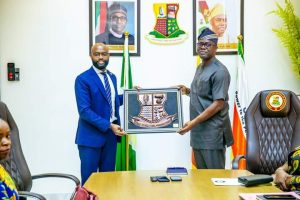 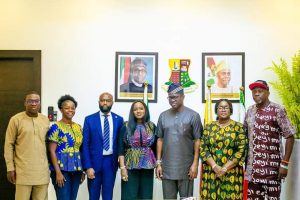 Earlier in his speech, the Deputy High Commissioner, Government of Canada, Teshome Nkurumah hinted that the team was coordinating an agricultural outreach and trade promotion in Oyo State to understand areas of prospects as well as opportunities to facilitate partnership.

The Trade Commissioner Assistant, Ms Benedicta Emovuon was on the entourage for the courtesy visit.

The team later held a roundtable with private sector players to see ways of partnering with manufacturers and farmers in different ways and in the area of exportation.

The meeting which was facilitated by the Director General, Oyo State Agricultural Development Agency, OYSADA, Dr Debo Akande was held at the International Institute for Tropical Agriculture, IITA, Ibadan.

Speaking with journalists, Dr Akande was optimistic that the meeting would be fruitful as there was a commitment between Oyo State and Canadian government in terms of understanding on what is required from agro-companies and farmers for certification of products so as to export them to Canada.

The DG, OYSADA explained that Oyo State is now known to be attractive to international countries, businesses and companies, as evident by the investment of the French, Netherlands and others foreign governments.