Naijanewshub.com.ng reports that members of the Network of civil society organisations that are working against child trafficking, abuse and labour in Nigeria on Friday took to some notable markets and streets of Ibadan, the Capital City of Oyo state.

The walk, according to the state coordinator for the organisation Mr. Omotosho Gbolagade is to educate and sensitize members of the public about the hazzard of human and child trafficking to our society. 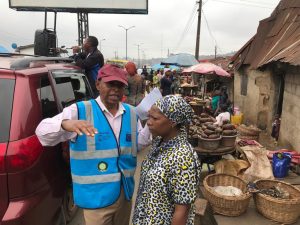 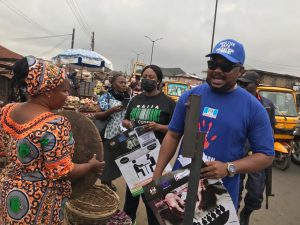 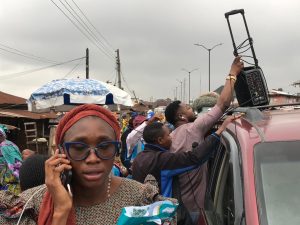 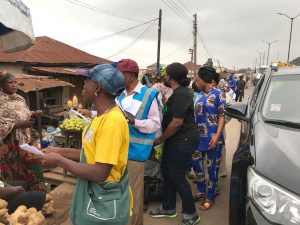 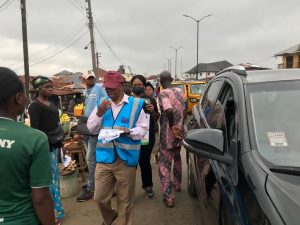 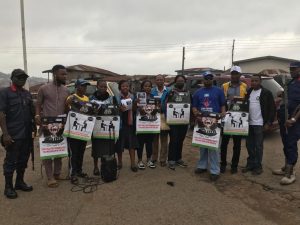 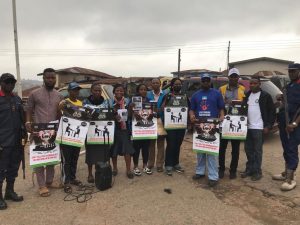 Mr. Omotosho while briefing journalists on the essence of the walk said, the Network of civil society organizations that are working against child trafficking, abuse and labor in Nigeria is an organisation that has members all states of the country including the FCT Abuja.

He noted that, today being the United Nations World Day against trafficking in person we are supposed to go out to inform and educate the masses so that we can gain their supports and let them be aware that trafficking is now a serious business and to let them know that is a crime for those who participate and those who trade in the act. If you’re a trafficker you’re in trouble.”

“Some will tell them that they’re taking them to abroad for a greener pasture they should not allow them to take away their children, this not only happens in abroad, it happens within the country where relatives will come from urban to pick children of their families living in the rural areas with the promise to take good care of such child but when they get to urban areas such child will be subjected to labour and abuse, we have have series of cases like that.”

“That is why we are here to tell them not to leave their children to any sister, cousin, relatives for they are going to be using them for house help.

Some might even come to you, promised to take your children to abroad for greener pastures, it a lie, when they travel they will start dying right from here in Africa, at the Mediterranean because they want to cross the Red Sea and when they even succeeded in getting there they are made to become prostitutes, some of them are made to become house help, some are sold as slaves something that has been cancelled more than hundred years ago this among others are what we here to tell our people, our market women and our traders.

“So basically we are here to educate people that trafficking in person is going on, and it’s a crime, they should not support it, they should know that all children should be protected, they have the right to be protected.” Omotosho stressed.

Omotosho however urged people to say something whenever they hear of any case of such.

He said, “our people should not hesitate to call the authority whenever they hear of any case that related to child or human traffick in their areas, they should report to the appropriate authorities or to us, or they call our numbers 08036781497, 08189270344.

“They can also report to ministry of justice too, because in Oyo state, government has set up an enforcement agency on trafficking in person, and it is called Oyo NAPTIP task force. They can also report to the media and all the security agencies around them, because when perpetrators are arrested and made to face the wrath of law for the crime committed that is will surely help in reducing the menace in our society. Omotosho said.

Also in his contributions, Mr. Marcus, the state Secretary of tye organisations, we have an ongoing project which is being implementing within the border states in the south west region of the country. But today we want make use of this walk to talk about the impact of social media on child and human trafficking.

Marcus said, “Social Media is not helping issues related to human and child trafficking matters. So we are using this walk to educate the masses on the danger of social media as related to human and child trafficking of persons, we are here to sensitize parents to watch what their children are always doing on the social media in terms of engaging people in the diaspora.