Naijanewshub.com.ng reports that In continuation of Hajji rites in Saudi Arabia, pilgrims from Oyo state have converged at Mount Arafat alongside their counterparts from other parts of the world.

The over 600 pilgrims from the Pacesetter State, among whom are the Head of Service Alhaja Hamidat Agboola, the State Commissioner for Information, Cultures and Tourism, Dr Wasiu Olatunbosun, the Commissioner for Budget and Planning, Professor Babatunde Musbaudeen as well as the Commissioner for Education, Barrister Abdul Rahman Abdul Raheem, the Special Adviser to the State Governor on Islamic Affairs Alhaji Abdul-Rasheed Abdul-Azeez and the Chairman of the State Primary Health Care Board Dr Muideen Olatunji, arrived the holy site at 1 am Nigerian time.

The pilgrims are expected to listen to Friday Sermon, known in Arabic language as Khutubah, and also perform special prayer at noon.

In addition, the State Pilgrims Welfare Board (Muslim’s Wing) through its Vice Chairman Dr Ibrahim Adebolu and the Board’s Secretary Alhaja Olanipekun has also put together another lecture for the pilgrims.

The gathering of pilgrims on Mount Arafat is considered as one of the most important rites of Muslims’ pilgrimage, without which a Hajj exercise is incomplete.

The convergence on Mount Arafat ushers in the annual celebration of Eid El Adha by Muslims across the world in commemoration of Prophet Ibrahim’s attempt to sacrifice his son Ismail to Allah. 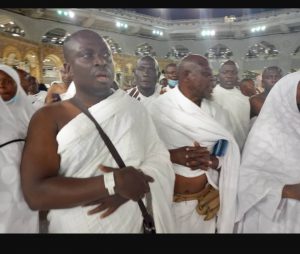 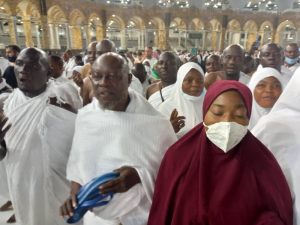 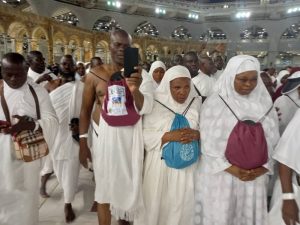 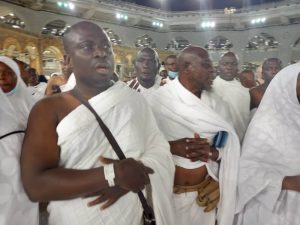