Indigeneship over Citizenship in politics has been described as a way of sidelining credible women from participating in governance. 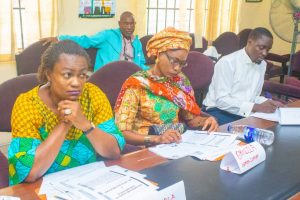 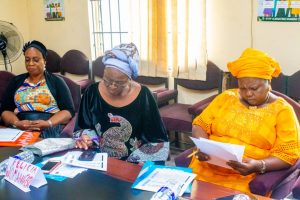 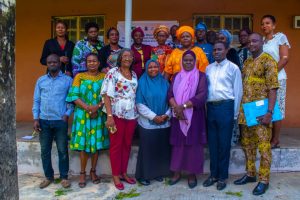 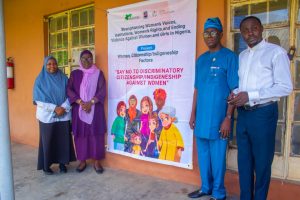 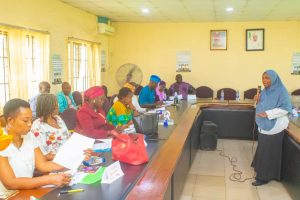 Concerned by the indigeneship bias against women in politics, a gender advocate at the Federal Polytechnic, Ede, Dr. Jade Mohammed has advocated that marriage should not exclude women from participating in governance where they reside.

She noted that married even in their father state of origin should be an additional opportunity for them to contribute to development of the nation.

Dr. Mohammed  made the submission while presenting a paper titled; “Citizenship/Indigeneship and Women Participation in Governance during a stakeholders meeting sponsored by the Nigerian Women’s Trust Fund in Ibadan.

Mrs. Mohammed who frowned at indigeneship which political parties adopted in the just concluded primaries across the country instead of citizenship confirmed that the development prevented many qualified women representation at different level of government.

According to her, the approach of indigeneship to elect representatives being employed in most cases negate the provision of Nigeria constitution and federal character system.

Mohammad therefore urged women to rise up and promote competent women at all times describing discrimination against women as a barrier to development.

“Indigeneship over citizenship is a barrier to development in every society. Women are particularly affected especially if they are outside their place of origin.

It is already rearing its head in recent times, in the just concluded primaries where many women were dropped based on indigeneship.”

“As a woman who is competent and suitable, wherever she shows up, such a person should be promoted, appreciated and allowed to contribute her quota to the development of her community”

“Women need to rise more than ever and understand that politics is beyond voting.They need to promote compete women and see them through in all ramification to emerge and be able to render quality service in whatever level she finds herself”. Muhammed lamented.

Another speaker, Dr Mistura Sanni said the nation needed some actions that are targeted at bringing everyone to the same level playing ground in addressing women inequality.

She said “When we talk about imbalance, our situation in Nigeria is such that we take a blanket disposition in managing our affairs. Our data are not gender sensitive.

When we set our data right,we will be able to move forward because the data is what the decision  is based on”.

Two of the participants, Pastor Biodun popoola, from IPAC and Mrs Felicia Opatunde, from a group, Advocating right for women called for perseverance and consistent of women in politics to make headway.

They equally urged leadership of the country to address the issue of women inequality in politics headon in order to tap potential of women in social,economic and political development of Nigeria.