The newly recruited officers of the Nigeria Police Force, 2020 batch have been advised to always respect the rights of citizens in their professional engagements.

Addressing the newly intake at the Oyo State Police Command Headquaters, Eleyele Ibadan, during the matching-out-parade ceremony,  the Inspector General of Police, IGP Alkali Baba Usman maintained that the recruitment was in line with the federal government’s drive to change the narratives of policing by addressing the age-long manpower deficit that has reduce its optimal performance in the country.

Oyo state Police Command during the passing-out-parade graduated no fewer than 344 recruits under the year 2020 batch of the recruitment drive of about 10,000 enlisted for nationwide which saw 9,898 personnel successfully passing-out while only 11 could not meet up with component standards set for the exercise during the training.

The passing-out-parade event which took place at the Command headquarters in Eleyele also took place simultaneously at 15 other police training institutions across the country marking the climax of a physically exerting and intellectually challenging training activities that were carefully designed to transit the recruits from civilian to professional police officers with the requisite orientation to meet the challenges of policing in an increasingly democratic and rule of law driven environment.

IGP Alkali Baba Usman who was represented by the Assistant Inspector General of Police, AIG Adeyinka Adeleke at the event  stressed that the federal government’s policy of recruiting ten thousand police constables annually is not only unprecedented in the history of law enforcement in Nigeria, it clearly confirms the commitment of President Muhammadu Buhari, and the Chairman, Nigeria Police Council, to restore the lost police primacy by bequeathing to our beloved country a reformed and well positioned Police Force with renewed capacity and commitment to attain it’s internal security mandate.”

IGP Usman added that another set of ten thousand new police recruits will be resuming training under the 2021 batch of the exercise stressing that the federal government and indeed the Nigerian Police Force remain committed to closing the gaps in relation to the operational efficiency as well as welfare regime of the Force.

While acknowledging the support received from the Ministry of Police Affairs, IGP Alkali Baba added that indeed, the Police Trust Fund, and other well meaning corporate bodies have also been supportive by complementing efforts of the Force’s leadership in the area of procurement and delivery of operational vehicles, weaponry and civil disorder assets while also creating manpower development opportunities for personnel.

The IGP explained that the new officers who have just passed out are coming into a reformed Police Force that is experiencing an ethical rebirth that is well equipped, well motivated, and appropriately oriented and positioned to take the war against crimes to the fortress of criminal elements that are bent on threatening our communal values for peace, security and liberty.

He added that the recruitment was spread across all 774 local government areas of the country in due regards to the tenets of federal character and the President’s directives. He noted that all new officers will be posted back to their original local government areas to further deepen the community policing strategy.

The IGP stressed his leadership’s zero tolerance for indiscipline an any unethical act capable of undermining the image of the police professionalism while admonishing the new officers not to engage in any act or conduct that could bring disrepute to the police profession.

The Executive Governor of Oyo state, Engr. Seyi Makinde in his address expressed delight at the passing-out-parade of the officers, stressing the role it will play in strengthening the police personnel in its fight against crime and criminality in the state.

Governor Makinde who was ably represented by his Executive Assistant, CP Sunday Babatunde Odukoya  charged the officers on respect for human rights and strict adherence to the rule of law in the discharge of their duties urging them to shun any attempt to take short cut to greatness in their service to the nation.

“Now that you officers of the Nigerian Police Force are going to meet with the public, you are advised in carrying out your functions and duties with the fear of God and in accordance with the provisions of the Nigerian Constitution and respect for the rule of law.

“Do not kill equity. Note that intelligent policing is the best practice in civilized countries. Don’t keep information to yourself. Share information with your superior and stay away from corrupt practices and corruption of any kind with all their highlights and you’ll be good ambassadors of the Nigerian Police Force.” Makinde said.

The Oyo state Commissioner of Police, CP Adewale Williams in his brief remarks congratulated the new police officers and urged them to deploy the skills acquired during their training to their profession and conducts while interfacing with the public while wishing them successful careers in the police profession.

Pictures of the event… 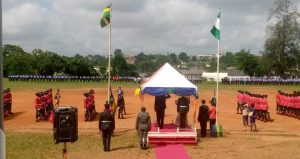 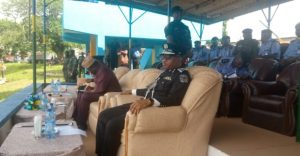 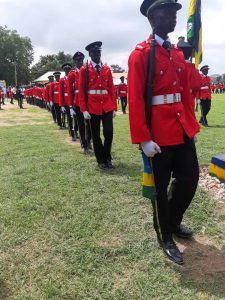 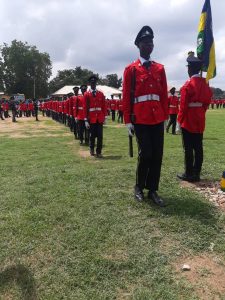