Nainjanewshub.com.ng reports that Oyo state governor, Engr. Seyi Makinde has on Tuesday promised the Nigeria Labour Congress (NLC) and other affiliated bodies to deliver their protest letter to the federal government for prompt and necessary attention.

NLC and other affiliated bodies in their efforts to charge the federal government on the need to take up it’s responsibility and also in order to put an end to the lingering strike embarked upon by members of Academic Staff Union of Universities (ASUU) on Tuesday joined their colleagues on a nationwide peaceful protest.

Labours in their hundreds were sighted with various placards, marched to the Agodi secretariat chanting solidarity song to end the more than five months ASSU strike.

Governor Makinde, who received the protest letter from the

The deputy governor in his address  stressed that though the ASUU strike matter is a federal government issue, also said that appropriate step would be taken to deliver the protest letter to the federal government for necessary attention.

Barrister Lawal however said that Oyo state government has taken proactive measure to ensure that the striking lecturers of Ladoke Akintola University of Technology returned to classes.

In his demands, the state NLC Chairman, Comrade Kayode Martins called on governor Seyi Makinde to use his good office to prevail on the federal government to accede to the demands of the striking university lecturers to end the strike.

Mr Martins also advocated improved fund of tertiary institutions for quantitative education for Nigerian students to be at par with their counterpart across the globe.

In an interview, a human right activist,Femi Aborisade and former chairman of ASSU,university of Ibadan, Ademola Aremu stressed the need for federal government to take urgent step on the protracted strike for education not to collapse in Nigeria.

Security personnel were on ground throughout the protest to maintain law and order.

Some of the associations that are part of the protest includes members of Academic Staff Union of Universities (ASUU), Nigeria Union of Journalists (NUJ), Trade Union Congress (TUC), Nigeria Union of Local Government Employees (NULGE), NUPENG, JUSUN, SSANU and NASU. 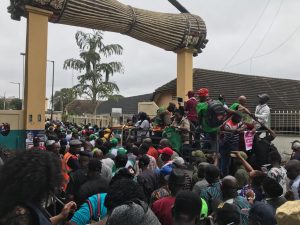 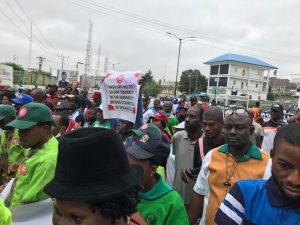 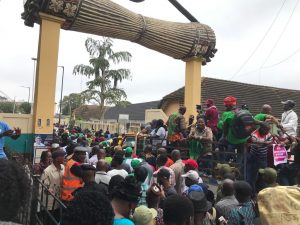 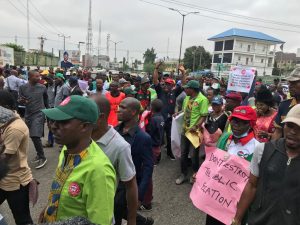 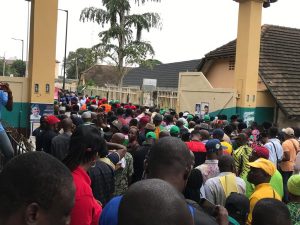