Naijanewshub.com.ng reports that the National Hajj Commission chairman, Alhaji Zikrullah, Kunle Hassan (NAHCON) has assured that the commission will explore every opportunity to deepen the already cordial relationship with Oyo state. 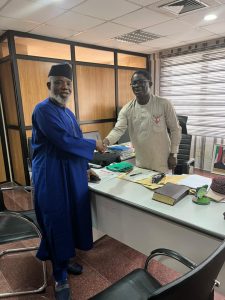 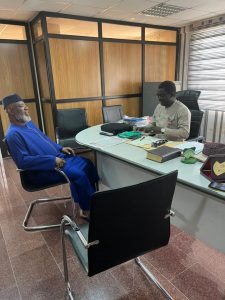 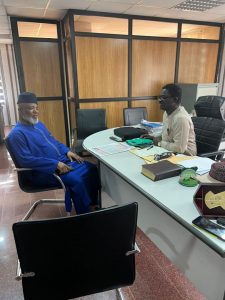 The NAHCON boss made this disclosure during his courtesy visit to the Director-general Oyo State Liaison Office Abuja and Lagos, Wale Ajani at the Oyo House in Abuja on Thursday Sept 22.

Alhaji Zikrullah who expressed his joy over Ajani’s strategic visits to federal government departments, ministries, agencies (MDAs) said he was eager to meet the Governor’s aide to seek for ways of deepening the already cordial relationship with Oyo state.

He noted that Oyo state has gained more prominence in terms of presence among federal MDAs following Ajani’s various strategic visits to seek for ways to bring more federal presence to Oyo state.

While commending pilgrims from Oyo state to the 2022 Hajj, the NAHCON boss added that the commission was willing and ready to support the state further in terms of pilgrims welfare.

He also commended Governor Seyi Makinde for placing high premium on the welfare and wellbeing of pilgrims from Oyo state and more particularly, residents in the state.

Ajani, in his remarks expressed appreciation to the Chairman NAHCON Chairman for honouring Oyo state Governor which was manifested by his unscheduled visit to Oyo House in Abuja.

While commending the commission for being proactive in its mandate and being responsive to the wellbeing of pilgrims in the country, Ajani appealed for more robust collaboration between oyo state government through the pilgrim’s welfare board and National Hajj Commission.

Listed among the support expected from the commission by Ajani are hitch free and seamless Hajj process for intending pilgrims from oyo state as well as ceding of more pilgrimage slots for oyo state indigenes in the next Hajj season which would commence soon.

“Sir, you are doing a great job for this nation through the National Hajj Commission and your success story spans beyond Abuja to every state of the federation.

“Like Oliver twist, we’d like to appeal for more slots to our people in Oyo state so that we can have the opportunity as a state to have our people perform one of the five pillars of Islam in the Holy land even as the season fast approaches.” Ajani said.

The Chairman of NAHCON, Alhaji Zikrullah, in his reaction assured Ajani and Oyo state government of his readiness to partner oyo state with assurances of more opportunities to the people of oyo state who he described as law abiding in the Holy land.