Suspected armed robber, murderer and kidnapper have been paraded in Ibadan by Oyo State Police Command.

Naijanewshub.com.ng reports that the Oyo state police Command on Tuesday paraded some suspected criminals for their alleged involvements in various crimes ranging from murder, kidnapping and armed robbery. 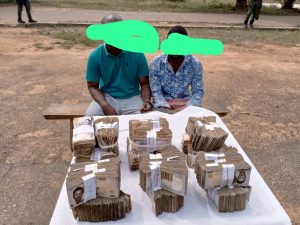 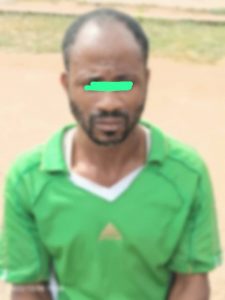 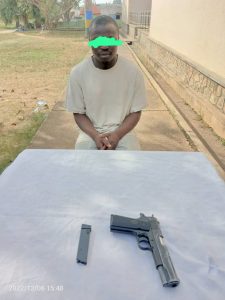 The development was revealed through a press release by SP. Adewale Osifeso the state Police Command Public Relations Officer.

Osifeso in a copy of the press statement made available to newsmen stated the suspected Murderer, a 50 Year old man, one Mr. Joshua Oyebode was arrested for his alleged involvement in the killing of one Bukola Ajala,a 22 year old lady and upon his arrest has since voluntarily confessed to the crime and would be charged to court.

He maintained that on the 20/11/2022 at about1200hrs, upon a report incidented at the Owode-Ogbomosho Divisional Police Headquarters, by one Ajala Emmanuel ‘m’, that he received a call from his daughter’s guardian intimating him about her demise.

The statement further stated that preliminary investigation reveals that on 19/11/2022 at about 1000hrs the suspect had lured the deceased to a remote location where he strangled her to death for the fear that she might reveal details of their administered oath and sexual escapades which had been going on for a while after stumbling on her packing out her belongings.

Similarly, Osifeso stated that Anti-kidnapping Squad (AKS) unit of the command upon receipt of a complaint from one Akinwole K ‘m’ of Akobo area, Ibadan on 22/11/2022 at about 1630hrs concerning the mysterious disappearance of his daughter Jesuferanmi ‘f’ immediately swung into action through the fusion of available intelligence and purposeful deployment of its operational asset.

He noted that preliminary investigations revealed that the abductors had contacted the abductee’s Elder sister outside the country demanding for cash to be paid through bitcoin equivalent in exchange for the immediate release of the abductee, painstaking investigations through human and technological leads thankfully led to the arrest of Olorunkoya Akinola Kolawole ‘m’ aged 29yrs at Ojoo Area in Ibadan on 3/12/2022, the mastermind of the whole process.

Osifeso noted that the victim, upon leads provided by the suspect was rescued unhurt at Osogbo,Osun State.

Another suspected armed robber, named Ajani Jamiu aged 33, was arrested and paraded at the command with one prohibited para English pistol.

This according to the statement was made possible when the Command Monitoring Unit on 4th December, 2022 at about 1430hrs received an intelligence report that some notorious hoodlums who have been terrorizing members of the public at different parts of Oyo state were sighted in possession of Prohibited Firearms, “an English Pistol” , at the venue of a Political Rally in Oyo town with the intent to use same to unleash mayhem on unsuspecting persons at the rally.

Sequel to this, credible intelligence report, the Police operatives swung into action and after discreet investigation, one of the hoodlums who later identified himself as AJANI JAMIU ‘M’ was arrested at his hideout in Ibadan with one PARA ENGLISH PISTOL recovered from him.

The concluded part of the statement stated that the suspect was unable to give a satisfactory explanation pertaining to his possession of the Firearm.

He has voluntarily confessed to attending the Rally in Oyo town with the Firearm and he is presently assisting with the Investigations.