The Oyo state government in collaboration with the National Drug Law Enforcement Agency is set to clamp down on consumers and sellers of illicit drugs to rid the state of criminals.

Oyo State Commissioner of Health, Dr. Taiwo Ladipo, on Monday stated this at the 2022 International Day against Drug abuse and Illicit trafficking Celebration held at the Conference Room, Ministry of Health Secretariat, Ibadan, with the theme “Addressing Drug Challenges in Health and Humanitarian Crisis”.

He explained that the present administration in the State has put in place a state Drug Abuse Control Committee, that is in charge of waging war against Drug Abuse and misuse in the State, adding that the state government would continue  to ensure that the menace of these vices are being curbed within our society.

He said: I think the Oyo state government has been able to extend the processes that have been put together by the federal system in ensuring that the issues pertaining to drug production as well as trafficking is given so much recognition.

“The committee as it is, is meant to create awareness that is being done seriously and more importantly the processes being put together to start looking at the issues pertaining to the sale of some of these substances within a refined level of sales like pharmacy shops and things like that in the state.

“It is an ongoing process; it is not something that you would start and end in a go. As the people that are trafficking and utilizing those drugs are making different means of getting their ways, the state government would also devise means to ensure that the menace of these within our society is really curbed.

Ladipo, urged parents and guardians to bring up their children and wards in the fear of God and engrain in them good upbringing and high moral standard, by preventing them from drug abuse.

“As a responsive government, Oyo State Government has put in place a State Drug Abuse Control Committee. Thus, inter-ministerial Committee is charged within waging war against Drug Abuse and Misuse in the State.

“The war against illicit trade and use of drugs and substance is not the responsibility of Government alone. It starts with you and conscious efforts to identify, sun and even report substances within our communities.

“Parents and Guardians are hereby implored to observe their wards closely for signs and seek support from relevant agencies of Government as soon as identified.

May we not witness the catastrophy of a future ruined by drug misuse.

“Ladies and Gentlemen, I wish to conclude by asking all and sundry to join hands with this battle against illicit trade, and use of drug and substances within the country and indeed Oyo State.

Earlier, the chairman, Oyo state drug Abuse and Control Committee, Pharmacist Lukman Akinwande stated that the committee set up by the State government has embarked on series of enlightenment programmes in line with its mandate.

He explained that the committee has constituted Drug Free Clubs in the schools across the State, visited markets, motor parks and tertiary institutions in the state.

Mr Akinwande further called on religious bodies, NGOs, teachers, parents and political office holders to come up with more sensitization programmes to as to curb the menace.

In his remarks, the State Commander NDLEA, Oyo State Command, Abdullahi Saeed, said that the determination and commitment of the NDLEA is to ensure a drug-free and well sanitized society.

He equally appreciated Governor Seyi Makinde for his continued support, morally, financially, and logistics-wise, to the NDLEA Oyo State Command.

“Indeed, it does, but with our determination, commitment to ensure our society is free for all of us, the little we have we go out with it every now and then.

“I have said it repeatedly and I will keep saying that drugs don’t do anybody any good, rather it does a lot of harms to the person. 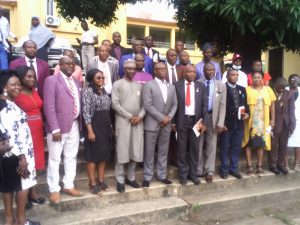 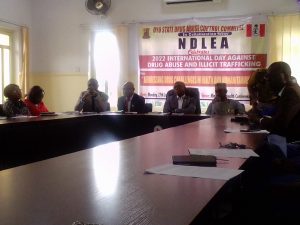 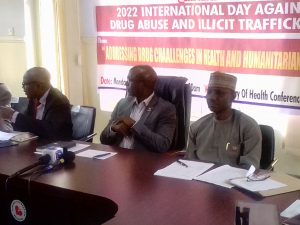 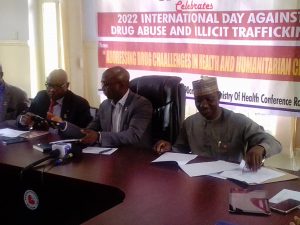 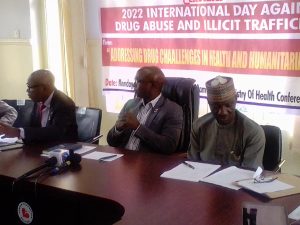