Naijanewshub.com.ng reports that Oyo state police command Headquaters under the able watch of CP. Adebowale Williams has on Monday paraded no fewer than nine (9) suspected criminals on various cases bothering on murder, human trafficking, conspiracy and stealing, unlawful possession of fire arms, among others.

Briefing journalists on behalf of the state Police Commissioner at the command’s Headquaters at Eleyele Ibadan, the State Public Relations Officers, SP. Adewale Osifeso stressed that one Mutiu Idowu was arrested in connection with a murder of one Rufus Olusegun Olayiwola aged 73. 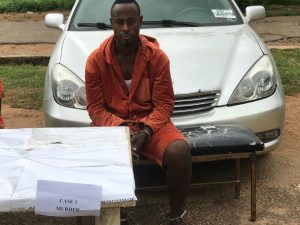 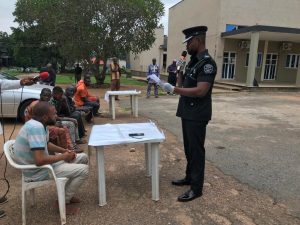 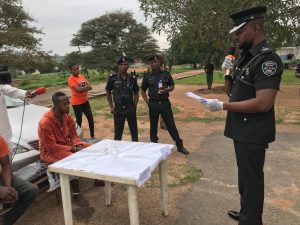 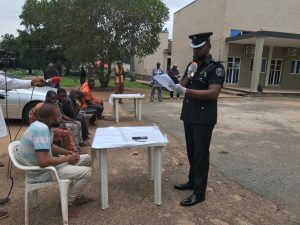 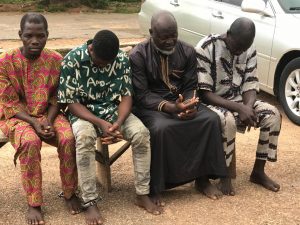 Osifeso in his address said, on 9th June, 2022 at about 10:45hrs one Adesope Adeolu reported at Eleyele Divisional Police Headquaters that on same date at about 0900hrs he noticed that his neighbour’s entrance door was opened which was unusual. On further enquiry, he found his neighbour one Olusegun Rufus dead in his living room in his pool of blood. Based on further investigation and credible intelligence, One Mutiu Idowu was arrested and confessed to have killed the deceased in order not to pay the money he loaned from the deceased.

“The vehicle that he used as collateral for the loan which he stole after the murder of the deceased has also been recovered, the suspect will be charged to court at the conclusion of the investigations. Osifeso said.

Speaking with journalists, Mutiu Idowu confessed to have killed the deceased.

He said, “I was provoked when he (Deceased) refused to collect part of the loan from me, days before the incident, I approached him to give me loan and he gave me, but few days after, I approached him to give him part of the money I collected from him without interest so I can collect my car that I used as collateral for the loan but the man refused and that got me annoyed and I only pushed him, and before I could say anything he hit his head with wall and that led to his death.”

“I only use the Pepper Spray (teargas spray) on him, before pushing him, I don’t kill him with any object, I was annoyed with his action for rejecting part of the money and I only pushed him, and I hurriedly left with my car when I discovered that he has gone to the world beyond, I actually regret my actions, and I plead for mercy from the authority.” Idowu said.

Exhibits recovered from the suspects are one unregistered Lexus ES 300 Car Ash colour, and a pepper spray. 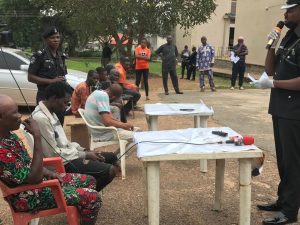 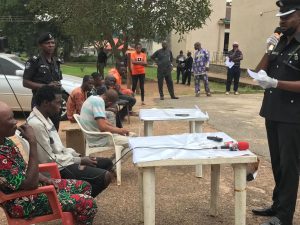 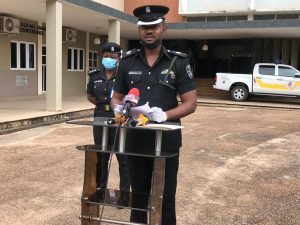 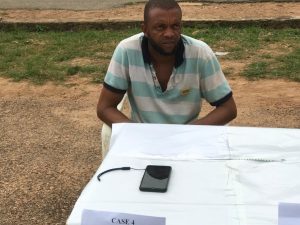 Olakigbe Jonathan according to SP. Adewale Osifeso was paraded for human trafficking, while Adams Mudasiru, Moses Adeyemo, Salami Isiaka and Wasiu Adeleke were paraded for case of conspiracy and stealing.