PDP G-5 Governor’s are currently meeting in Lagos to resolve on way forward ahead 2023 forthcoming elections.

Naijanewshub.com.ng gathered that the group of five Peoples Democratic Party governor , generally referred to ad the G5, and also called the integrity group is currently meeting in a hotel in Lagos after which they will reveal their position ahead of the 2023 general elections. 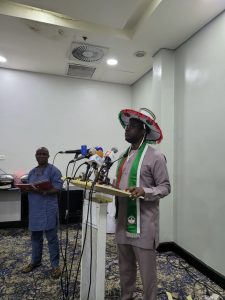 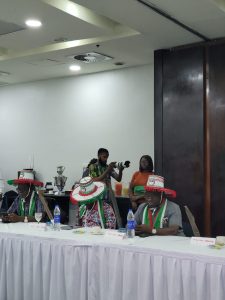 The group which is lead by Governor Nyesom Wike of Rivers, supported by  governors like Seyi Makinde of Oyo state, Samuel Ortom of Benue, Okezie Ikpeazu of Abia State, Ifeanyi Ugwuanyi of Enugu State,  has told journalists shortly before they went into a close door meeting that it  will make its position known after the meeting which as at the time of filing this report has lasted for over one hour.

“We are integrity group within the PDP. The G5 is all about integrity. We are the face of struggle. The leaders of the party that you see here are the people behind the struggle.

“We are in this meeting today to review situation within our great party and to look at what will happen with the coming election.

“You will be fully briefed on where we stand on the burning issues at the end of the closed door meeting,” he said.

Nigerians Rooting For Presidential Candidate As Messiah, Instead Of Functional System - Shina Peller

Despite All Odds, You've Managed To Be On Top, Shina Peller Celebrates Davido @ 30