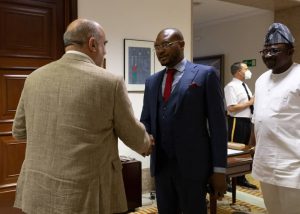 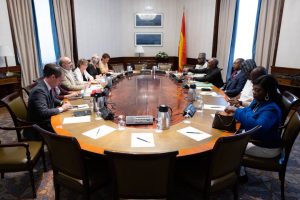 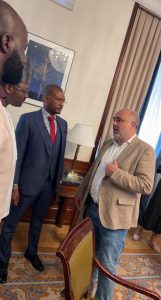 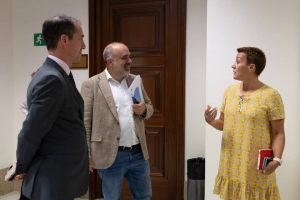 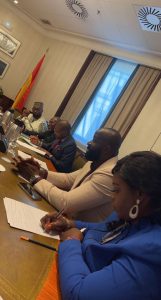 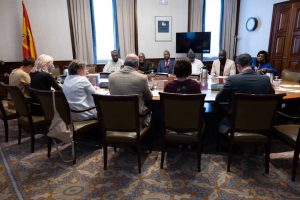 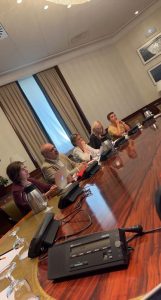 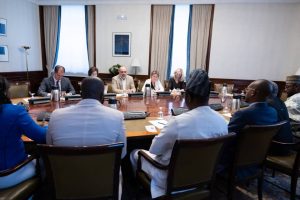 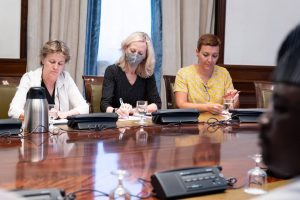 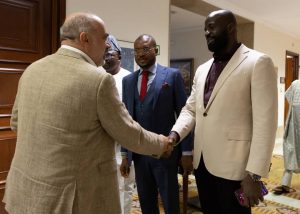 The Oke Ogun-born federal legislator made this call on Tuesday while he led a delegation of the Nigerian House of Representatives to the Spanish Parliament in Madrid, Spain.

Honourable Peller, who is the Chairman of Nigeria-Spain Parliamentary Friendship Group, explained that it was quite inspiring for him to observe that women constitute about 50% of the Spanish Parliament, adding that it is a call-to-challenge for Nigerians to ensure that 35% affirmative action for women inclusion in governance is fully realized.

The report of the visit, according to a press statement by Honourable Shina Peller’s press secretary, Mr. Kola Pools read as thus;

“Yesterday, Tuesday 28 June 2022, I led a delegation of the the House of Representatives to the Spanish Parliament in Madrid, Spain.

“We had the opportunity to interact with parliamentarians of the Congress of Deputies, the lower house of the Cortes Generales, Spain’s legislative branch to discuss further strengthening bilateral, diplomatic and parliamentary ties between both countries.

“From my observations, women’s inclusion in Spain is inspiring with women constituting about 50% of the parliament, which was a take-home for us.

“For any society to develop fully, women have a primary role to play, I challenge women and leaders of political parties to ensure that the 35% affirmative action for women’s inclusion is achieved in Nigeria. We can’t afford to relegate these assets to the background anymore.”

Moreover, Honourable Peller explained that the visit was in pursuit of the mandate given to the committee by the Nigeria House of Representatives to create a system which can strengthen bilateral, diplomatic and parliamentary ties between Nigeria and Spain, as well as to promote trade, economy, education and security of both countries.

Concluding part of the statement made available to Naijanewshub.com.ng on Thursday recalled that about a month ago, President Muhammadu Buhari had led an 11-man delegation to Madrid, Spain on a state visit at the invitation of the Spanish President, Pedro Sanchez. Honourable Peller is optimistic that all deliberations between the two countries will yield positive results.