The U.S. Author, Salman Rushdie is currently on ventilator.

Naijanewshub.com.ng gathered that Salman Rushdie has long faced death threats for his fourth novel, ‘The Satanic Verses’ which was banned in several countries upon publishing

Salman Rushdie, the Bombay-born novelist who spent years in hiding after Iran urged Muslims to kill him because of his writing, was stabbed in the neck and torso onstage at a lecture in New York state on Friday and airlifted to a hospital, police said. 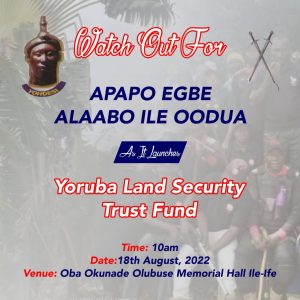 The alleged attacker has been taken into custody.

Following hours of surgery, Rushdie was on a ventilator and unable to speak as of Friday.

The news is not good,” Andrew Wylie, his book agent, wrote in an email, reported news agency AP. “Salman will likely lose one eye; the nerves in his arm were severed; and his liver was stabbed and damaged.”

The 75-year-old author was to address a large audience on the topic of artistic freedom when the incident took place. Eyewitnesses said the attacker rushed to the stage at New York’s Chautauqua Institution and lunged at the novelist, stabbing him multiple times.

Rushdie was born into a Muslim Kashmiri family in Bombay and moved to the UK.

He has long faced death threats for his fourth novel, ‘The Satanic Verses,’ most prominently from Iran’s powerful cleric and leader Ayatollah Ruhollah Khomeini who had pronounced a fatwa calling upon Muslims to kill the novelist.

Reporter Joshua Goodman travelled with his family to the Chautauqua Institution in western New York for a peaceful week away from the news. Instead, the news found him. Goodman, an Associated Press correspondent for Latin America based in Miami, was attending a lecture by author Salman Rushdie on Friday when Rushdie was stabbed onstage.

“It was very surreal is the only way you’d describe it,” Goodman said. “This was the last place you’d expect something like this.”

Rushdie was seated and was being introduced when his attacker climbed onstage and began assaulting him. From his vantage point, Goodman said he wasn’t sure if Rushdie was being punched or stabbed, until he could see what appeared to be blood. “There was a moment of shock,” he said. “Everyone in the audience was sitting in disbelief.”

UN Secretary-General Antonio Guterres is “appalled” to learn about the attack on author Salman Rushdie, saying that in no case is violence a response to words spoken or written by others in their exercise of the freedoms of opinion and expression.

“The Secretary-General was appalled to learn of the attack on renowned novelist Salman Rushdie,” a statement issued on Friday by his spokesperson said. “In no case is violence a response to words spoken or written by others in their exercise of the freedoms of opinion and expression,” Guterres said, conveying his wishes for Rushdie’s early recovery.

French President Emmanuel Macron condemned the attack on Salman Rushdie and extended solidarity to the author, saying ‘his fight is our fight.’

According to Macron, “For 33 years, Salman Rushdie has embodied freedom and the fight against obscurantism. He has just been the victim of a cowardly attack by the forces of hatred and barbarism. His fight is our fight; it is universal. Now more than ever, we stand by his side.”

PEN America, an advocacy group for freedom of expression of which Salman Rushdie is a former president, said it was “reeling from shock and horror” at what it called an unprecedented attack on a writer in the United States.

Authors, writers and activists across the globe condemned the attack on Salman Rushdie at a lecture stage in New York Friday.

Taking to Twitter, Indian writer Amitav Ghosh said he was “horrified” to learn about the attack, and wished Rushdie a speedy recovery.

Bangladeshi-Swedish writer Taslima Nasreen expressed her shock over the incident saying she “never thought such a thing would happen” and added that “if Salman Rushdie is attacked, anyone who is critical of Islam can be attacked.”

Since the publication of The Satanic Verses in September 1988, the British-Indian writer who won the Booker Prize for his Midnight’s Children (1981) has faced innumerable threats to his life. On February 14, 1989, Iran’s religious leader Ayatollah Khomeini pronounced a fatwa on Rushdie for “insulting Islam” with his novel. The repercussions of this would continue to be felt for decades to come. Even as Rushdie went into hiding following the fatwa, book bans, book burnings, firebombings and death threats continued unabated for years to come, raising important questions about freedom of expression in the arts around the world.

In an interview to Channel 4 in 1989, soon after the publication of The Satanic Verses, Rushdie had responded to the rising criticism of the book by making a case for freedom of expression. “If you don’t want to read a book, you don’t have to read it. It’s very hard to be offended by The Satanic Verses — it requires a long period of intense reading. It’s a quarter of a million words.”