COAS has identified the importance of getting closer to people in winning army operations.

Naijanewshub.com.ng reports that the Chief of Army Staff (COAS),  Lieutenant General Faruk Yahaya has identified the importance of people and informations in winning military operations.

Speaking on Friday at the commissioning of civil military cooperation town hall project in Akinmoorin, Lt. General Yahaya maintained that the project is part of Nigeria Army program in giving back to the host communities. 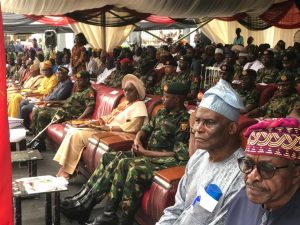 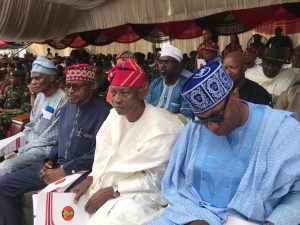 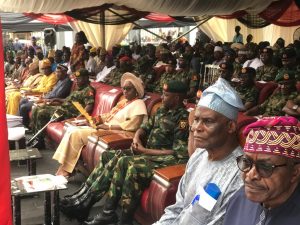 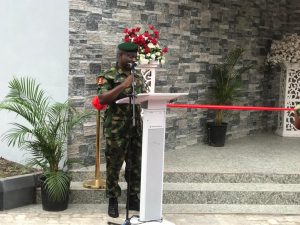 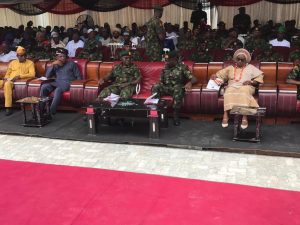 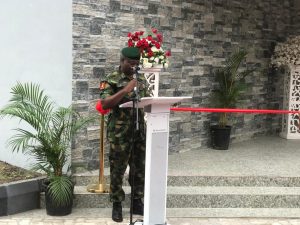 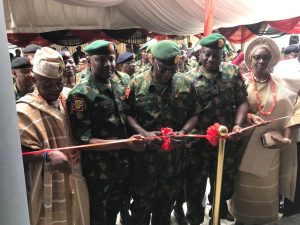 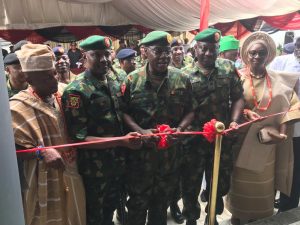 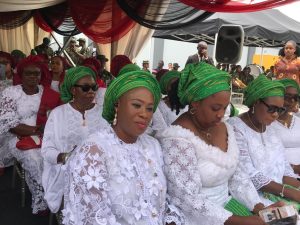 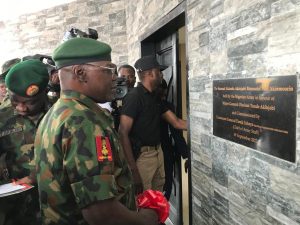 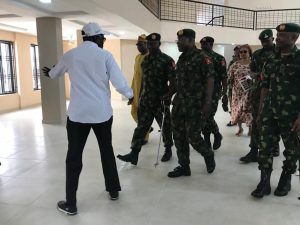 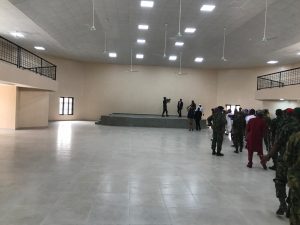 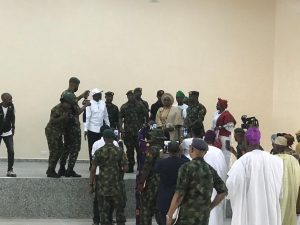 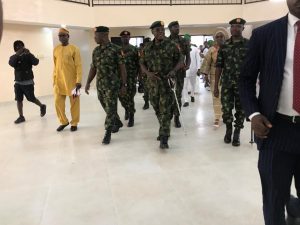 General Yahaya briefing journalists shortly after the official commissioning of the hall executed by Major General Olufemi Akinjobi, the Chief of Operation Army, said, ”
We are here today to commission this town hall constructed by the chief operation Army, Major General Akinjobi who’s a son of the soil, and this is part of our program in the Army to reach out to our host communities, especially areas where we have our own personnel,  particularly the junior officers.”

“This is not limited to this community only, it’s across the country, we do this in most all places, few months ago we have done one in Lagos, and this is work in progress we are doing it continually all across the country and the aim is to attract our host communities to have the understanding that this is their Army, so they can get closer to us and give us informations that will facilitate our job for the benefit for all of us.” Yahaya said.

He said further that “the decision for the town hall was reached after a successful consultation with stakeholders in the community, especially our father the Akinmoorin of Amorim, Oba Solomon Iyiola Owoyemi, and Baba Odubunmi, I’m even aware that the issue of constructing a befitting town hall like this has been a dream for over 32 years and I thank God that it is my reality through the vehicle of people around me through the Nigeria Army intervention project, this project has encouraged me to a lot of things, especially by the deeds of the Chief of Army Staff in support of people and community.”

The hall is named after the late Samuel Akinola Akinjobi the father of Maj General Olufemi Akinjobi for his dedication to the development of sons and daughters of Akinmoorin.