Naijanewshub.com.ng reports that he Oyo State Commandant of Nigeria Security and Civil Defence Corps, (NSCDC) CC Adaralewa Michael has called on the Divisional Officers across the state to be more vigilant in their various operational communities, more especially as we prepares for Christmas and New year celebrations. 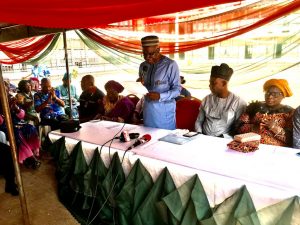 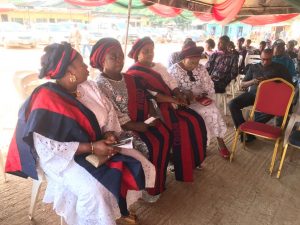 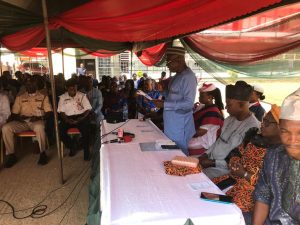 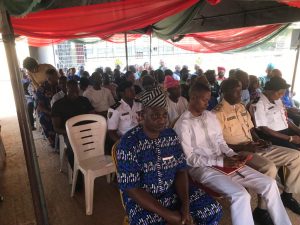 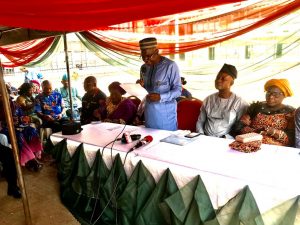 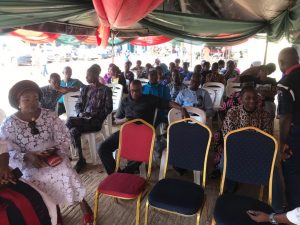 Commandant Adaralewa Michael made the charge at the State Command’s Headquarters Agodi Ibadan, on Wednesday while addressing the officers and men of the command during the end of the year party activities.

Commandant Adaralewa Micheal who was ably represented at the event by his 2IC, Deputy Corps Commandant Ete, also announced the deployment of 2500 officers of the command to various parts of the state to ensure safety of lives and properties before, during and after the festive period.

Adaralewa in his words also expressed his optimism about the security of lives and properties of the citizens and urged all officers and men to be active to their core mandate.

He stressed that the 2500 officers and men deployed for the festive period were selected from Anti-Vandalism unit, Counter Terrorism unit, Agro Rangers, Female special squad and Disaster management unit.

Commandant Adaralewa Michael however, used the medium to seek for the support of Oyo State residents by providing adequate information whenever they suspect any unauthorized movement within their vicinity. He also urge them to inform any of security agencies whenever they suspect any strange movement in their environment for better protection of lives and properties.

He later urged the Christians and citizens of the State to pray for the survival of the present democracy as the nation are preparing for the 2023 general elections.

While analysing some of the key achievements of the command, Commandant Adaralewa said, setting up of gallant female squad for the safety of schools initiative and providing operational van for their mobility has enable the squad to be on patrol of all schools in Oyo state. He noted that this move has no doubt reduced anti social vices among the students in the state.

He also stated that the command has been able to mediate between farmers and herders through Agro-Ranger Unit of the command.

Commissioning of outposts in various divisions, as well as recovering of over N80m by the Anti-Fraud Unit of the Command that was fraudulently obtained from unsuspecting members of the public as part of the achievements recorded so far.

Commandant Adaralewa Michael however wishes all the Christians and citizens of the State merry Christmas and New year in advance.