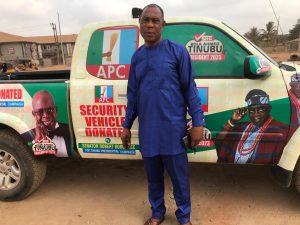 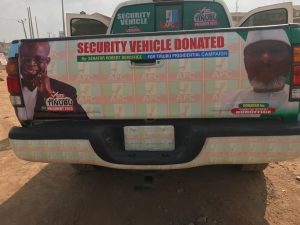 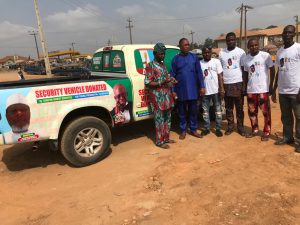 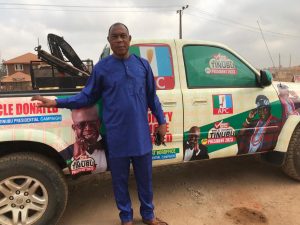 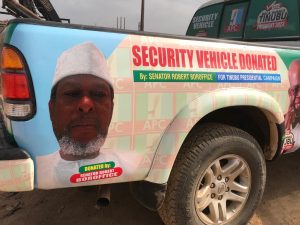 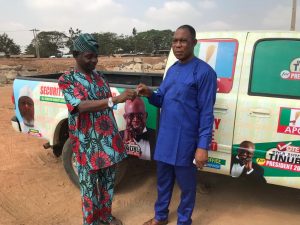 Prof. Boroffice, a Senator representing Ondo North Senatorial District at the red chamber in Ibadan, the Capital City of Oyo state on Thursday through his cousin Dr. Wale Folorunsho presented keys of the vehicles to the National president of Yoruba Koya Movement, Mr. Sunday Akinyemi.

Mr. Sunday Akinyemi who received the vehicles with other members of the group at Alakia Area of Ibadan lauded the Deputy Senate Majority Leader for his large heart, stressing that there is need for Yoruba sons and daughters to emulate such gesture of sportsmanship to move the region forward.

Akinyemi while speaking with journalists expressed his gratitude to Senator Ajayi Boroffice, noting that he has laid a good example for supporting his kinsman presidential ambition.

Akinyemi said, ” I’m so elated today for seeing a Yorubaman supporting his kinsman, this is what we have been agitating for, I’m using this opportunity to call on others to emulate this man, there is need for us in south west region of the country to support and rally round the presidential ambition of our own son Asiwaju Bola Ahmed Tinubu.”

“Tinubu is our own son, he’s the son of the soil, he’s our own and we cannot have him in the presidential race and ignore him for another person from another region, we need to support him.” Akinyemi said.

Akinyemi also make use of the medium to warn those using the name of the group for their personal interest.

Akinyemi said, “There are some people parading themselves as members and leaders of our group, I have heard about them and their dubious activities but I’m using this medium to warn them to desist from this act, and if they refused, they should be expecting to face the consequences of their actions at the court of law, for this is a registered organization that has the likes of Ooni of Ile-Ife, His Imperial Majesty, Oba Adeyeye Babatunde Enitan Ogunwusi, Senator Ajayi Boroffice, Senator Francis Fadahunsi, Asiwaju Bola Ahmed Tinubu, some Prominent Traditional Rulers in south west region and other distinguished sons and daughters of Yorubaland as patrons and matrons.” 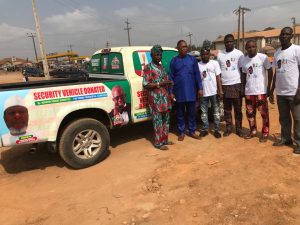 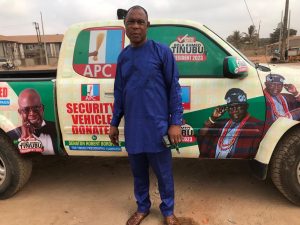 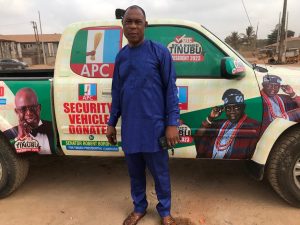 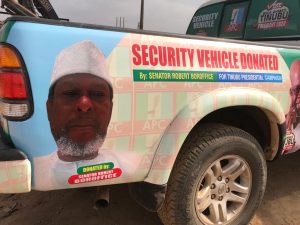 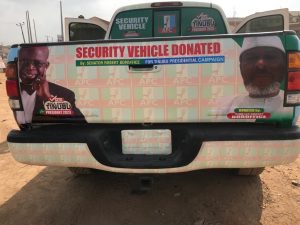 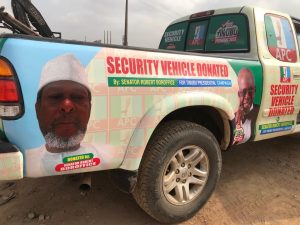 “Though Yoruba K’oya is not a political party, we are for the interest of the entire Yorubaland, and we are in support of any Yoruba sons and daughters that is upright and seeking for growth and development of our region, that is why we have the likes of Senator Fadahunsi who is a PDP core member as one of our patrons, so, I’m calling on this people impersonating me and other members of our group to desist from such act or ready to meet us at the court, for I’m ready to institute a legal battle against such set of people irrespective of whom they are.” Akinyemi said.