Tinubu has finally settled for Kashim Shettima as his running mate.

Naijanewshub.com.ng gathered that Asiwaju Bola Ahmed Tinubu, the All Progressives Congress Presidential Candidate and National Leader, of the ruling party on Sunday formally confirmed Senator Kashim Shettima as his running mate, ending weeks of speculations around the position.

A statement by Bayo Onanuga, his media aide declared that Tinubu personally disclosed his choice to journalists at the Daura residence of President Muhammadu Buhari when he payed him Sallah homage.

Senator Shettima , a former Governor of Borno State and a close associate of Tinubu has been a staunch supporter and campaigner for the choice of Tinubu as the next President of Nigeria. Both men have been close ally since their days as governor.

In the course of the campaign for APC ticket Shettima toured many states with Tinubu since December 2021 where he addressed party delegates and mobilised support for the former Governor of Lagos State.

Who is Senator Shettima?

As governor of Borno State between 2011 and 2019, the 56 year old Kashim Ibrahim Shettima ran his government on the similar template used by Bola Tinubu in Lagos.

Despite the Boko Haram insurgency, he was able to build world class schools, housing and he also tapped on Human Resources outside his state.

“He was born on the 2 September, 1966 to the family of Sir Kashim Ibrahim. He is married to Nana Shettima, and they have three children: two females and a male.

Onanuga wrote that “In a Wikipedia biography, Sen. Kashim attended Lamisula Primary School in Maiduguri from 1972 to 1978; Government Community Secondary School, Biu in southern part of Borno State from 1978 to 1980; transferred to Government Science Secondary School, Potiskum (now in neighbouring Yobe State) where he completed his secondary education in 1983. He studied at the University of Maiduguri and earned a Degree (BSc) in Agricultural Economics in 1989. He had his one-year compulsory membership of the National Youths Service Corps, NYSC, at the defunct Nigerian Agricultural Cooperative Bank, Calabar, capital of Cross River State in South-South, Nigeria, from 1989 to 1990.

In 1993, he moved into the banking sector and was employed by (now defunct) Commercial Bank of Africa Limited as head of accounts unit at the bank’s office in Ikeja, Lagos State, Southwest, Nigeria.

Shettima worked with the Commercial Bank of Africa as an Agricultural Economist at its Ikeja Office, Lagos State (1993-1997). He then became a deputy manager, later manager, at the African International Bank Limited, Kaduna Branch (1997–2001), and was appointed Deputy Manager/Branch Head of the Zenith Bank’s Maiduguri Office in 2001, becoming General Manager five years later. In mid-2007, Shettima was appointed Commissioner of the Borno State Ministry of Finance and Economic Development. Later he became Commissioner in the Ministries of Local Governments and Chieftaincy Affairs, Education, Agriculture and later Health under his predecessor as Borno Governor Ali Modu Sheriff.

From 2007 to 2011, he served as Commissioner in 5 Ministries. In the January 2011 ANPP primaries, Engineer Modu Fannami Gubio was selected as candidate for the governorship. However, Gubio was later shot dead by gunmen, and Shettima was selected in a second primary in February 2011.

He won reelection in 2015 under the All Progressives Congress, APC and was unambiguously chosen as Chairman of the Northern States Governors’ Forum, an umbrella body of Governors in the 19 States located in northern Nigeria. He has so far been driving key changes in the affairs of the forum with focus on promoting northern unity and reviving ailing industries belonging to northern States.

As Governor of Borno State, he efficiently managed challenges arising from the Boko Haram insurgency which he inherited in 2011. With the approval of the National Security Adviser and the Nigerian Army in 2013, his government formalised establishment of youth volunteers called the Civilian JTF. 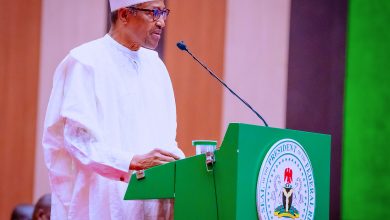