Tinubu has promised to address the issue of youth unemployment if elected as president.

Tinubu while responding to demands of the leaders promised to address some issues affecting the growth and development of the country such as adequate power supply, job creation for unemployed youths, incessant strike action by government owned universities among others. 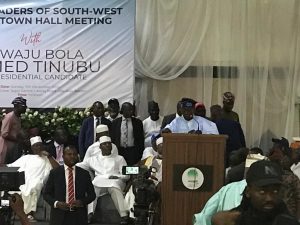 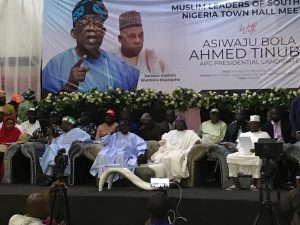 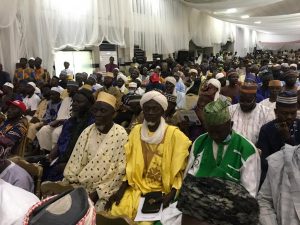 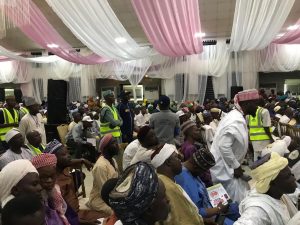 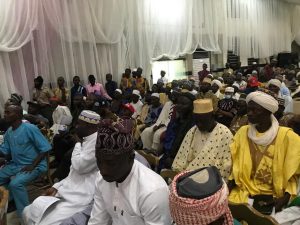 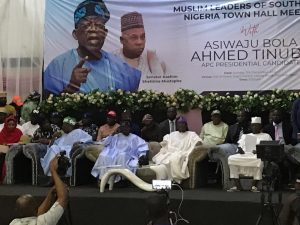 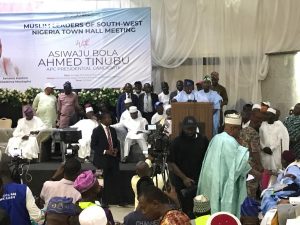 The former two term governor of Lagos State who arrived Jogor Event Center Oke Ado Area of Ibadan, the Capital City of Oyo state around 1:20 was accompanied by the Deputy Governor of Lagos State, Obafemi Hamzat, former Speaker of the House of Representatives, Hon. Dimeji Bankole and Hajia Hadiza Bala Usman with the aim of meeting with the Muslim Leaders in the south west geo political zone of the country seeking their support ahead of tye forthcoming general elections.

Oladejo in his welcome remark said: “This meeting was organised for Asiwaju Bola Ahmed Tinubu to directly engage Muslim leaders in the South West, to unveil his plans.

“A good government will lead to economic development. With your pedigree, we believed that you can take Nigeria to a greater height when elected.” He said.

The League of Imams and Alfas of Yorubaland has advised the Presidential candidate of All Progressives Congress (APC) Asiwaju Bola Ahmed Tinubu to tackle the menace of insecurity and unemployment across the country when elected.

President-General, League of Imams and Alfas of Yorubaland, Sheikh Jamiu Kewulere Bello made this disclosure in Ibadan, the Oyo State capital on Sunday.

Bello engaged Tinubu to avail them of his plans for citizens when elected in 2023.

Bello while speaking, said that two major things, insecurity and unemployment are of utmost importance to the imams and alfas in the region.

He said that the organisation was not happy with the rising rate of insecurity and unemployment in the country.

He advised Tinubu to without wasting more time, tackle insecurity and unemployment when elected in 2023.

Bello said: “There have been kidnapping cases in the country. Please help us to tackle it.

“Secondly, our children have gone to school, they have graduated, and most of them have no jobs. We want you to help us to provide jobs for them when you get there.

“We also want you to help us to tackle the problem of ethnic rivalries in the country. This is our third request.” He said.

Tinubu while responding to all the demands made by the south west Muslims leaders said,”Nigeria is a blessed country, we need to get it right at this forthcoming elections, this is my turn to become president.”

“Only God knows the way and He shall lead us right come 2023, MUSWEM asked for all inclusive government, you’re already doing the job, by the grace of God Allah will give us the victory, and I will give you the grace on your demands, there will be loan and credit for all the traders, we will open it for you all, we will restructure the entire credit and loan scheme.”

“I will revamp our electricity sector to bring an end to epileptic power supply in our country, power is tye backbone of any manufacturing hub, even to produce clothes you are wearing you need power, without electricity we cannot do anything meaningful, India has no knowledge than us, but look at them today, they’ve gone far, I have the capacity make Nigeria great if I emerge President of this country.”

“There will not be issue of strike again if I emerge President of this country, how many jobs has Atiku and Obi created?”

“Obi and Atiku cannot lead us right, I’m the only one among all the contenders that knows the way, and I’m promise to create job opportunities for our youths.” Tinubu said.