Naijanewshub.com.ng reports that some beneficiaries of the Oyo State Youth Entrepreneurship in Agribusiness Project (YEAP) have commended Engr. Seyi Makinde led government in the state for its mentorship, and timely training among others in ensuring their sustainability in agribusiness value chain they’ve taken as career. 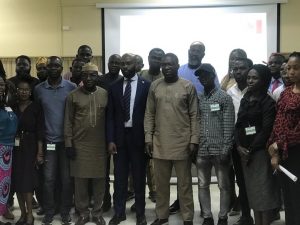 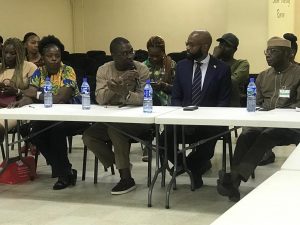 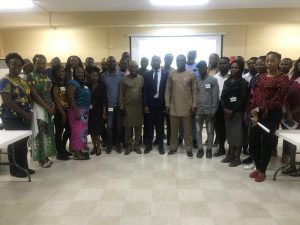 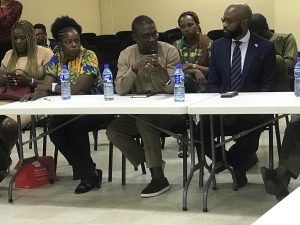 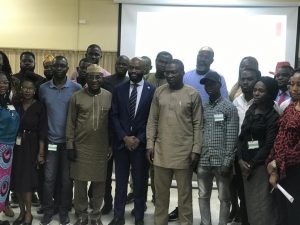 Some selected YEAP beneficiaries who are now agribusiness entrepreneurs that spoke with journalists shortly after the round table meeting with the Canadian Deputy High Commissioner held at the International Institute of Tropical Agriculture( IITA) Ibadan the Capital City of Oyo state lauded the state government over series of exposures and trainings on agribusiness.

Miss Tubi Ibukunoluwa one of the YEAP beneficiaries that was trained by the Oyo state government at Nasarawa state who is now the founder of Ibasket.ng maintained that the training has been an eye opener for her agribusiness production career, and as well added a lot of advantage to her career as a young entrepreneur that specializes in agribusiness finished products such as indigenous herbal tea, cold pressed peanut cooking/vegetable oil, peanut flour among others.

The round table meeting according to the facilitator, The Executive Adviser to Governor Makinde on Agribusiness who also doubles as the Director General of Oyo State Agribusiness Development Agency(OYSADA), Dr. Debo Akande is aimed at bringing the local, small, medium as well as large agribusiness manufacturers together to be able to table their needs for the Canadian government who are here with the mission of promoting local productions and international trade between their country and the state.

Dr. Akande in his words said, “We hosted the Deputy High Commission of Canada to Nigeria as part of our continuos relationship with international development countries.”

“Oyo state is known now to be attractive quite numbers of international countries and businesses and one of the best ways to do it is when you are relating with the government of the country itself, as you’re aware we already had a close relationship with the french government and that has brought in quite numbers of businesses within the state and development funds to the state, the fund we are using for our RAMP today is from the French development bank, the fund that we have used for some of our health projects is from the French development bank, similar things applied to Netherlands now that we have build relationship with them, you can see what Frieslandcampina is doing in one of our hubs at Fasola Farm. Beyond that as well, there has been the Oyo Netherlands business round table that we had, and now we have the British Deputy High Commissioner coming just a couple of weeks ago and the Consular General of US and now we are having the Canadian government, this shows that there is something we are doing rightly in Oyo state that is attracting all these foreign countries to our dear state, and they not just coming for coming sake, when they come like that is a pointer to the fact that something in terms of partnership and collaboration is coming to the state.”

“We have the mix of younger and older agribusiness entrepreneur here, we have here today some of the people that was trained by Oyo state government at Nasarawa state who has already producing, for instance Tubi Ibukunoluwa and Daniel and others are here, Tubi and other already have products and brands of their own, they are producing a unique products such as tea, peanut oil, groundnut flour, well packed Mushroom among others we want to showcase them, to ensure that they have the necessary exposures, because exposure is one of the things that is very necessary in business because when you expose them and allow them to mingle with people that are ahead of them, people that have done similar things, then this will expose their businesses and their products to both the local and international communities.”

“Beyond that you know that Oyo state thrives in the area of youths and agribusiness and we want to expose these young entrepreneurs as much as we can do, nevertheless we also have here the bigger players like Niji Groups, the Sugarcane Company, Coconut Jam, Saltry, who are big players, we want them to mix and see the reality of what our eco system is in the area of agriculture and that is why we have the younger ones and the older ones and both the medium, the large and small scale companies all together here at this round table meeting with the Canadian Deputy High Commissioner.”

“What we have experience is that such meeting like this always comes with great positive advantages to our state, you can see when we have the french government, you can see what that has brought to the state in terms of benefits, the Netherlands government as well, you can see what it has brought to us, already we had a commitment from the Canadian government now that there will be trade mission between the state and the Canadian and beyond that they had already committed to work with all these companies that are here today to provide resources for them in terms of understanding what is required for certification products to be able to export to Canada, we can’t get it better than that at a particular state, to be able to see how we can drive investors from this angle to Oyo state, earlier the Deputy High Commissioner met with Oyo State governor and the Excellency has gave them the assurances that we will ensure we continue to provide the enabling environment for private sectors to thrive and we will continue to put in the right kind of policy and facilitate a smooth relationship between actors and stakeholders within the agribusiness spaces and that is what we are doing here today.” Debo said.

Also in his remarks, another YEAP beneficiary, Daniel who is into Mushroom production lauded the state government over training and various engagements which he said has been a great advantage for him on his trade as a young entrepreneur.

He said, ” I’m the team lead for Famamata Agritech, what we do is to turn waste to wealth, and our product for now is well packaged mushroom, this is what you can do within a small space in your living room and that’s what we call city farming, the YEAP training at Nasarawa has made this very easier for me, the program was a good and laudable one for many of us, because it has really open our eyes to many things in agribusiness and that’s what we are still leveraging upon till today, it is a very good exposure.”

The Canadian Deputy High Commissioner on Trade, Teshome Nkurumah noted that his team was coordinating an agricultural outreach and trade promotion in Oyo State to understand areas of prospects as well as opportunities to facilitate partnership.

The Canadian Deputy High Commissioner was at the round table meeting with the Trade Commissioner Assistant, Ms Benedicta Emovuon among others.