As the days scheduled for general elections getting closer on daily basis, security agencies and other relevant agencies have been strategizing to ensure free, fair and credible polls devoid of any irregularities, Nigeria Security and Civil Defence Corps(NSCDC) Oyo state command is not left out in this regards, as it’s Commandant has expressed readiness towards having hitch free elections in the state.

Naijanewshub.com.ng reports that the development was confirmed on Tuesday by Commandant Micheal Adaralewa at the Area A Headquaters of the Command  located at Railway Quarters, Iyaganku Ibadan, the Capital City of Oyo state.

CC Adaralewa during the annual monthly briefing with the Head of Departments, Area Commanders, Unit Heads, as well as all the Operational Heads across the state gave a standing order to his men that all the INEC facilities in the state should be under heavy surveillance. 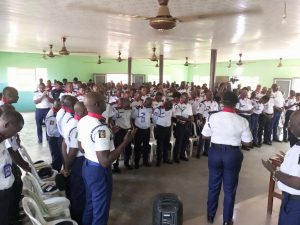 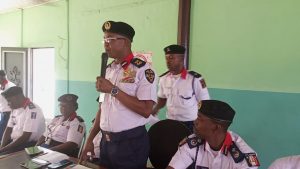 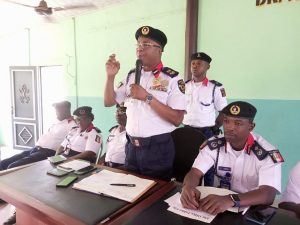 Commandant Adaralewa Michael during the security meeting mandated that the training of officers and men of the Corps should commence in earnest accordance to the Commandant General order on compulsory training of officers in line with the electoral guidelines stated for the uniform personnel participating in the 2023 general elections in the country.

He said, “If the 2023 general elections in the country goes well, it is a plus to the Security Operations of the nation”.

Adaralewa also reiterated his concerns towards the coming general elections and charged his men to be focused, disciplined and conduct themselves well and not foiling the rules concerning fundamental human rights during the ongoing political campaigns and the election proper.

He gave a directives that all the  Independent National Electoral Commission (INEC) facilities and the electoral materials including the personnel of the commission are well protected.

He stressed that INEC Offices and materials are part of critical national assets that remain a priority to NSCDC as they are part of its core mandate.

Commandant Adaralewa later enjoined the citizens of the State to join hands with all security agencies by providing the security agencies with adequate and timely informations that will be of help in serving them better. Stressing that whenever they see something, they shouldn’t hesitate to say whatever they see.