Naijanewshub.com.ng reports that Barrister Bayo Adeleke Lawal has been sworn-in as the new deputy governor of Oyo state in replacement of the impeached Engr. Rauf Olaniyan.

Bayo Lawal was sworn-in by the State Chief Judge, Justice Muktair Abimbola SAN around 4:30pm after taking the oath of allegiance and oath of office that was administered by Oyo Chief Judge.

The newly deputy governor was sworn-in at the EXCO Chamber of the Governor’s office Agodi Secretariat Ibadan in Monday followed the approval of the state House of Assembly, who earlier impeached the former Deputy Governor of the state, Engr. Rauf Olaniyan for misconduct of office, misappropriation of funds among other allegations levelled against him.

Governor Makinde in his speech at the swearing-in event urged the new deputy governor, who is the chairman of Oyo state Housing Corporation to take welfare of the people of Oyo state as his priority. He also charged him to be more dedicated to his duty.

The governor also said that the new deputy governor will continue to oversee the affairs of the Oyo State Housing Corporation, OYSTROMA, and the state Ministry of Justice.

“Our people are expecting more from us, I charged you to make the interest of the people of Oyo state your priority, because to much whom is given, much is expected, we will look forward to the benefit from your wealth of experience as we move forward in transforming our people from poverty to prosperity, you’re welcome on board.” Makinde said.

Addressing journalists shortly after the swearing in process, the newly sworn-in deputy governor pledged his absolute loyalty to the state governor, Engr. Seyi Makinde, he also promised to serve the people of Oyo state as well as to discharge his duty as stipulated by the constitution of the Federal Republic of Nigeria.

He said, “I’m coming in board with absolute trust to the executive governor of the state, Engr. Seyi Makinde, and I’m ready to serve the people of Oyo state as it is stipulated in the constitutions of the Federal Republic of Nigeria.

***The swearing-in process in pictures… 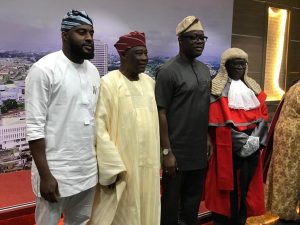 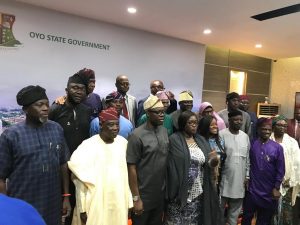 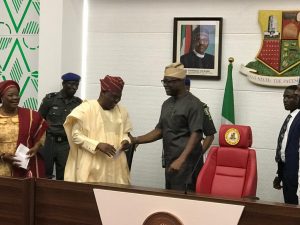 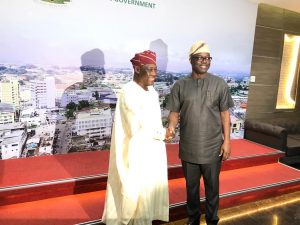 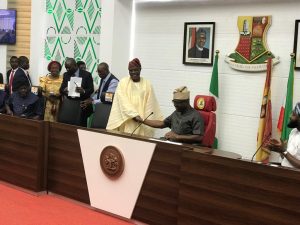 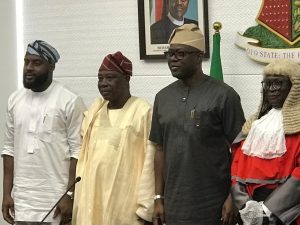 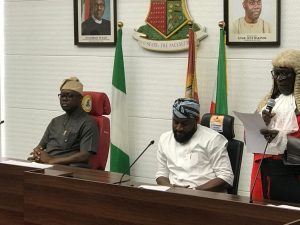 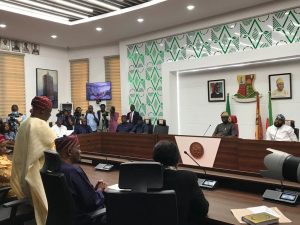 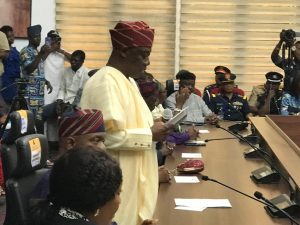