Barrister Bayo Lawal has been sworn-in as the new deputy governor of Oyo state.

Barrister Bayo Lawal was sworn-in by the State Chief Judge, Justice Muktair Abimbola SAN after taking the oath of allegiance and oath of office that was administered by the state Chief Judge.

Governor Makinde in his speech at the swearing-in event urged the new deputy governor to take welfare of the people of Oyo state as his priority.

The newly deputy governor was sworn-in at the EXCO Chamber of the Governor’s office Agodi Secretariat Ibadan, followed the approval of the state House of Assembly, who earlier today  impeached the former Deputy Governor of the state, Engr. Rauf Olaniyan for misconduct and misappropriation of funds among other allegations levelled against him. 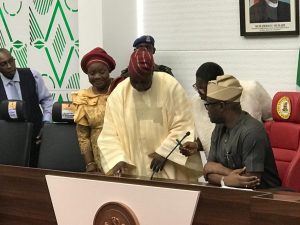 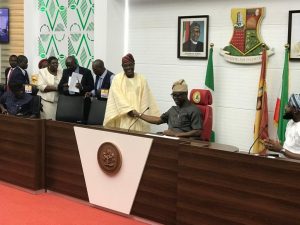 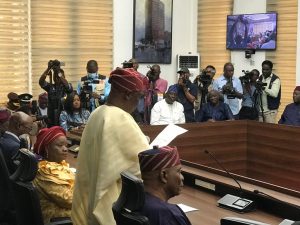 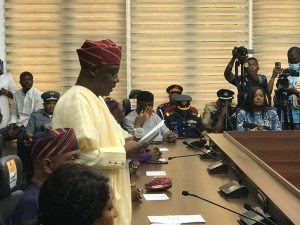