Ilana Omo Oodua leader has alerted Nigerians about some foreign terrorists in south western part of the country.

Naijanewshub.com.ng reports that the leader of Ilana Omo Oodua, a group championing self-determination for Yoruba people, Professor Banji Akintoye has on Tuesday alleged that some foreign terrorists have invaded some parts of the land. 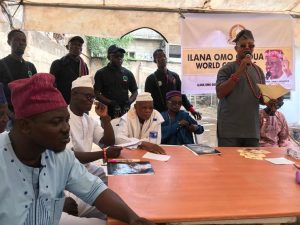 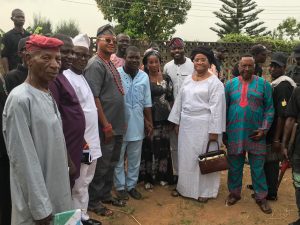 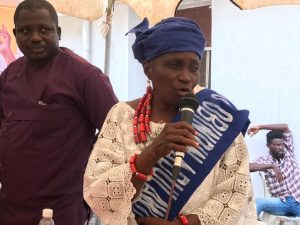 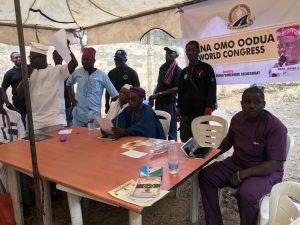 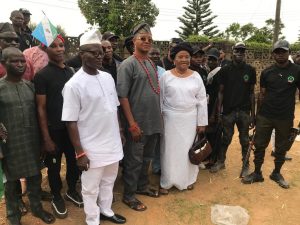 Akintoye, a professor of History made this disclosure while addressing the Congress Organised by Ilana Omo Oodua Worldwide in Ibadan, the Capital City of Oyo State.

Recall that South West region has in the past few months witnessed a series of security challenges such as kidnapping and armed robbery.

The latest of such incidents was the abduction of travellers along the Lagos/ Ibadan expressway on Friday.

But, Akintoye who spoke to those who were in attendance at the congress over the telephone, insisted that foreign terrorists have invaded some parts of the region.

Akintoye called on all Yoruba descendants to demand a change in the Nigerian system which he alleged is faulty and also explained that the Yoruba nation would be actualized before the end of December.

He said, “The foreign terrorists that Fulani has brought are now in our territory.

“Before the end of December, we will have our own country. I am professor Adeniran am solidly behind you. We are seriously behind you. Demand change, demand improvement. Our nation is in serious danger”.

Adelakun, while speaking, said Nigeria is going nowhere because Nigeria has been hooked to slave masters.

He added that the ruling class are hell-bent on thwarting democratic principles to favour their greed, ego and personal interests.

He alleged that Nigeria as a project was designed to fail.

Adelakun said, “Let me say this to all, Nigeria is going nowhere, not because we don’t want it to grow or because we lack the intellectual capacity to make it work, but, It cannot work simply because Nigeria has been hooked to slave masters, the ruling class who are hell-bent to thwart democratic principles to favour their greed, ego and personal interests.

“Furthermore, Nigeria is a project (a country) that is designed to fail; a consumer nation in every ramification and a nation that failed in her responsibility to the citizenry. Nigeria is a nation that lacks technology that could cater for its industry and build a sustainable economy. It is, indeed, a nation of ideological bankruptcy. With these indices, can someone explain how it would work?

“All entreaties for the restructuring and the repositioning of the country had been turned down by the few cabals who hijacked Nigeria and turned it to their personal estate for personal benefits.”

In his address on the occasion, Chief Kunle Adelakun (Eruobodo), Interim General Secretary, Ilana Omo Oodua and Jagunmolu Agbekoya of Yoruba land, said that the President Buhari-led government should be aware that the will of God shall be done because the time to achieve the dream of Yoruba nation is now.