Islamic scholar has called on Muslims not to deny themselves of some basic needs of life.

Naijanewshub.com.ng reports that an Islamic Scholar, Dr Daud Amoo (Alaga) has on Sunday called on Muslims not to deny themselves on some basic earthly material that would make life more conducive for them on the grounds of being pious. 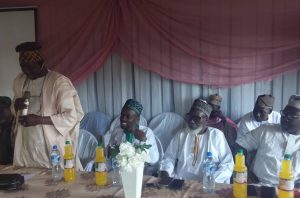 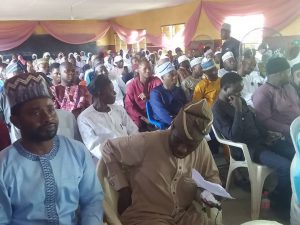 Amoo, who is the Chief Missioner, Forum for Comparative Sermons, Ibadan, gave the advice during an annual Maolud Nabbiy lecture organised by the Spiritual Household of Maolana Shykh Sa’ad in Ogbomoso on Sunday.

The scholar said that Islam does not forbid Muslims from acquiring wealth and seeking western education but such must be done legitimately with fear of Allah and not through ungodly means.

He said that some Muslims denied themselves with some necessary basic needs of life while some worn torn or dirty clothes on the ground of being pious and thereby portrayed the religion in bad manner.

Amoo said that Islamic practice has laid down rules and regulations as contained in the holy Quran and Hadith and must be practiced accordingly and not practice the way you want.

“Islam is about life fulfillment and not for life denial, Islam does not teaches us not to strive for life and appear dirty in the society, dressing neatly is party of the teachings of Islam,” he said.

He called on Muslims to fear Allah, worship Him accordingly and constantly prayed for Allah’s guidance and protection in other to overcome any challenges in life.

Amoo further called on politicians not to embezzle public funds and remember that they would account for their deeds on the day of judgment.

In his lecture, Prof. Abioudun Aibinu, the Vice Chancellor of Summit University, Offa, called on Muslims and Nigeria in general to adopt lifestyle that would assist their livelihood in other to avoid midlife crisis.

Aibinu said that people must refrained from lifestyles that would have negative repercussions on them as they grow old and as well share their feelings with trusted individuals for prompt assistant.

The vice Chancellor further urged Nigerians to always upgrade their skills and knowledge to meet the present day life in order not to be left behind and lost out in the labour market.

He called on Nigerians to always extend hands of assistance to their family members who are in need no matter how small it might be.

Earlier the National President of Muassasat Nasrul-ilm Wa Dawat Foundation, Alhaji Ibrahim Adigun, said that the celebration was to commemorate the birth of Prophet Muhammed and taught people about his lifetime and legacy.

Adigun said that the prophet lived a perfect way of life that must be emulated by Muslims.

He said the group have been organising the celebration annual for decades and it has grew from its initial arrangement,adding that there would be special prayer for the nation at night.

Also speaking, Mr. Saheed Olarewaju, Chairman Planning Committee for Youth programme, said the inclusion of workshop for the youths in the celebration was to inculcate good moral and uprightness in them and build them for future challenges.

Olarewaju said that majority of youths in the society nowadays lack morality and dignity of labour and could do anything to get rich by all means.”

“We want to mould this set of youths and give them the kind of mindset that would enable them to behalf positively with good moral and be God fearing in their endeavour,” he said.

Oyo Will Have Sustainable Development If I'm Re-elected - Makinde