Naijanewshub.com.ng gathered that the campaign train of the governorship candidate of the Peoples Democratic Party (PDP) in Lagos State, Dr. Abdul-Azeez Olajide Adediran, popularly called Jandor, has been attacked on Sunday by suspected thugs.

According to eye witness account the incident occurred at 6:30pm, while the team was returning from a visitation to members of the party at Ikoga junction area of Badagry Local Government. 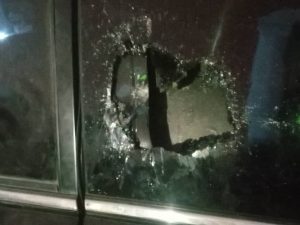 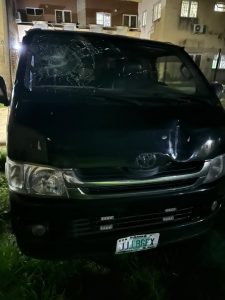 The unprovoked attack which was suspected to have been sponsored by a rival political party affected many members of the governorship entourage, including journalists and as at the time of filing this report, one of the journalists was in a critical condition in an undisclosed hospital,  while others have been treated and discharged.

It will be recalled that Jandor and his running mate, Funke Akindele began a tour of the 245 wards across the state, with a flag off if the  campaign in Alimosho area of the state on Wednesday.

Also confirming the report, Hon. Hakeem Amode, the Lagos State PDP Publicity Secretary and Chairman, Media and Publicity Team for JANDORFunke 2023 Campaign Council, stated that the party has previously raised concern over the threat to use sponsored thugs to attack the campaign programs of its gubernatorial candidate.

“He said, “We would like to state categorically that this will not deter the determination of our candidate to campaign for the next election and win the election come March 11, 2023.

“We hereby call on the Commissioner of Police, Lagos State and the Area Commander of Police in the Badagry Division to do everything possible to fish out those behind the attack and necessary disciplinary actions taken against them to forestall such occurrences in the future.

Amode added, “This will instill confidence in our members that they will be protected during this campaign period,” the statement read.

“We also warn those that are hell-bent on causing trouble or planning to disrupt the campaign and elections that we would not fold our arms and watch as we will resist all forms of intimidation,” he said.

No Cause For Alarm, DSS Reacts To US, UK Embassies Warning Of Terror Attack In Abuja