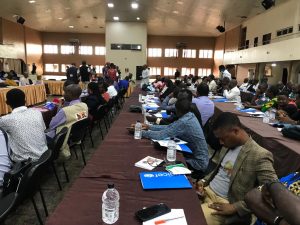 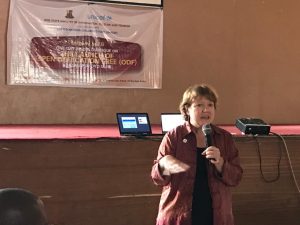 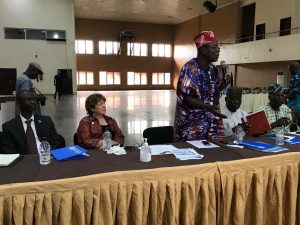 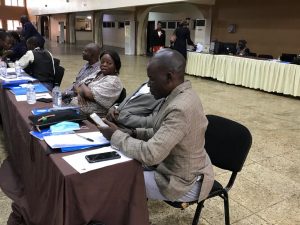 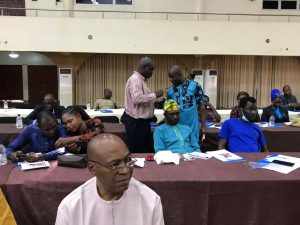 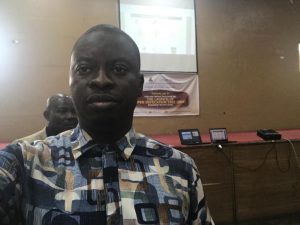 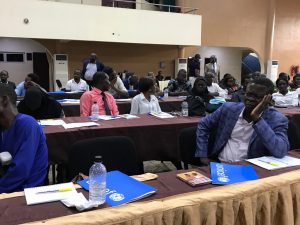 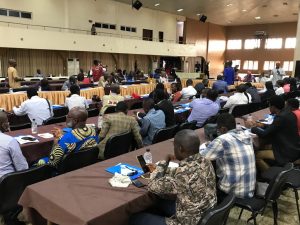 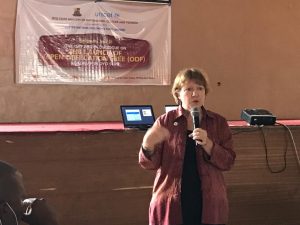 Naijanewshub.com.ng reports that Oyo State government in its efforts in ensuring a clean and safety environment which is a major factor in attaining a healthy living of all and sundry in the state, Governor Makinde on Thursday launched a roadmap to end open defecation in the state.

Prelude to the official launch of the roadmap to open defecation, the state government in partnership with the Unicef on Wednesday organised a day training for critical stakeholders in the state.

The training had in attendance the state actors from the ministries of environment, health and information, Unicef representatives, journalists and some information officers from the all the 33 local government areas of the state.

In his address at the launch of the roadmap held at the International Conference Center University of Ibadan, Governor Seyi Makinde who was ably represented by his deputy, Barrister Adebayo Lawal noted that purpose of the gathering is to create an awareness for all the stakeholders and the entire populace to know what to do next on the issues relating to water, sanitation, hygiene and the need to put an end to open defecation in the state.

Lawal said, “When I was born in the village there was no running tap, so I’m in a better position to appreciate what the ministry of water resources, RUWASSA, Unicef, and other organizations doing to put in place a better, safe, clean and healthy environment.

“Nigeria with population of over 250 million people, sad still by ranking Unicef said that Oyo state is second in open defecation index and that is too bad for us, and I think the purpose of this gathering is to create an awareness so that we will know where we situate in things of this nature and I want to say that as government we embrace this challenge and the Honourable Commissioner for environment is here and one thing that is key is order for healthy environment to sprout, germinate and grow, it requires efforts of all of us.

“Within the metropolis we are facing a lot of challenges as we empty our refuses, the ministry of environment, waste management board, everybody we are doing our best to ensure that refuse are cleared regularly and we need a lot more to do in terms of creating awareness and I think that engagement is ongoing as we speak.”

“The other point that I want to touch has to do with the office of UNICEF, Oyo state is singled out as a pilot state for UNICEF project around the western states and if that is the case we will need their presence in Oyo state very strongly and I understand that they have an office in a particular state of the south western region of the country but their activities are more in Oyo state and logic demands that they must have office in Oyo state, now I have listened to Jane the representative of the Unicef who said they have a pilot scheme in Ona Ara local government area of the state, I think we will plead to Unicef to spread the pilot project that is ongoing at Ona Ara to all local government we have in the state.

“We need more of the pilot project more in the rural areas more than in the city, legislation is the key to driving whatever policies government put in place we will ensure that sooner than later the bill that is being worked upon will be look into by the government and the state house of assembly with the view of formulating the correct and adequate legislation that will take care not only environmental cleanliness even though the violators of whatever polices the government put in place, as a state government we will collaborate with all agencies that relates to poverty reduction by providing clean and free open defecation society. Lawal said.

The Minister of water resources Suleiman Hussein Adamu who was represented by the permanent secretary of the ministry, Mrs. Esther Didi Jack in his address stressed that today’s launch of the road map to end open defection in the state, showed that Oyo state is ready and has joined the train in our journey to take Nigeria to open defection status free by year 2025 and to ensure access to basic sanitation service for every Nigerians by the year 2030.

Esther further said, “I’m glad to be here at the launching of the state free open defecation program, clean Nigeria campaign and the declaration of a state of emergency in sanitation sector with today’s launch of the road map to end open defection in the state, Oyo state is ready and has joined the train in our journey to take Nigeria to open defection status free by year 2025 and ensure access to basic sanitation service for every Nigerians by the year 2030.

“I therefore congratulates his Excellency Engr Seyi Makinde the executive governor of Oyo state and the good people of Oyo on this landmark event which underscores the importance the state government places on water, sanitation and hygiene. The development of the road map provides a clear direction on plans to end open defection in any state as advocated during the launch of national launch of clean Nigeria use toilet campaign by the Vice President in November 2019 as you may be aware the clean Nigeria campaign is aimed at mobilizing high level political support, resources and the entire populace towards building a new culture of safe sanitation.

“It is our desire to aggressively mobilize the entire country towards end of practice of open defection which has placed us on the global map as a country with the highest of numbers of people indulging in the act estimated now at 48 million people. Access to adequate water, sanitation and hygiene services is a critical factors in associate socio economic development of any nations and contribute to human capital outcome such as early childhood survivals, health and educational attainment.”

“The sustainable development goals number six of ensuring of availability and sustaining manageable of water and sanitation for all a central to the attainment of all the other SDGs to serve that water is life and sanitation is dignity.” She said.

In her contribution at the one-day media dialogue that was held before the officially launching of the roadmap to end open defecation the Unicef representatives, the Chief WASH, Dr. Jane Baevan said open defecation is incredibly dangerous, as contact with human waste can cause diseases such as cholera, typhoid, diarrhea, worm infestation, among others.

Jane maintained that children are the most affected wherever there is an outbreak of disease, stressing that Nigeria ranks second among countries practicing open defecation globally, while Oyo is one of the states in this practice.

She said UNICEF has been at the forefront of ensuring that Nigeria has access to safe drinking water supply, adequate sanitation and proper hygiene in our environment and communities.

One of the major stakeholder at the media sensitization the Chairman, RUWASSA, Mr. Najeem Omirinde said open defecation contaminate water. He also stressed that the issue is a very serious one but noted that the campaign will prevent the increasing number of open defecation in the state as well as stopping children from being affected by the negative impact of the exercise.

2023: Tinubu Not Qualified To Be President - Tee Mac