Chief Adebayo Adelabu has declared that Governor Seyi Makinde cannot get up to 100,000 votes at the forthcoming general elections.

Naijanewshub.com.ng report that the former Deputy Governor (Operation) of the Central Bank of Nigeria( CBN) who doubles as the Accord Party gubernatorial candidate in Oyo state has declared that the incumbent governor of the state, Engr. Seyi Makinde who is seeking for reelection under the Peoples Democratic Party (PDP) cannot polled up to 100,000 votes at the forthcoming 2023 general elections. 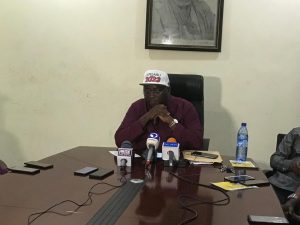 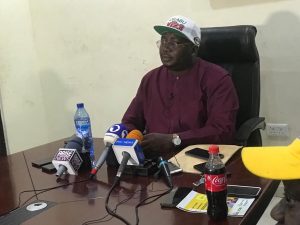 Adelabu speaking with journalists at his Campaign Office located at Jericho area of Ibadan on Monday stressed that Accord Party remain only political party in the state the fielded young, vibrant, tested and trusted candidates that will be occupying various political offices shortly after the general elections.

Adelabu in his words said, ” Governor Seyi Makinde is not the best for us in Oyo state and everybody have agreed to limit his time to this four years and there is likely going to be a coalition pack coming against the incumbent governor and we have high hope that Accord Party is going to emerge as the head of the coalition.”

“So Makinde cannot have as much votes he had during the last elections, because PDP in the state now is carcass of its own, they have series of problems within them, their grassroot mobilizers are no longer with them, people like Alhaji Adebisi Olopoeyan, Hon. Milikat Adeola, even those that are in the party are not there because of Seyi Makinde, Barrister Gbolarunmi have his own loyalist and they are for Atiku and not Seyi, so Makinde cannot have up to 100,000 votes this time around. People are already tired of his government.”

“With Accord Party we are going to snatch governance from the current governor, Accord Party is fielding the youngest candidates that are new set of people with good character, tested and trusted people, people that have names to protect, young achievers that comes from well known homes that will be representing their people in various political positions after the general elections.”

“I’m not contesting to make money neither I’m in the race to make a name, have already made my money, and the name Adelabu is already out there, even before I was born, I have benefitted so much from the name, media and the good people in the state should compare and contrast between me and other contenders in the race, I’m in the race to take over Oyo state and turn it around for better.

“Our quest is for better Oyo state and I urge the media to be part of this because media plays a vital roles in achieving a good governance.”

“Another four years under Seyi Makinde led administration would be disastrous and anti-development, that is why we came out together again under Accord Party to rescue our dear state. Adelabu said.