Oyo Govt has on Wednesday, June 22, 2022 hosted Netherlands Officials and other stakeholders in agribusiness with the aim of expanding the states’ economy through agribusiness.

The Consular General of Netherlands, Mr. Michel Deleen representing the Netherland Government at the just concluded Oyo State-Dutch Collaboration for Economic Development has confirmed that the Netherlands as country will continue to support Oyo state government to boost it’s economy through agribusiness. 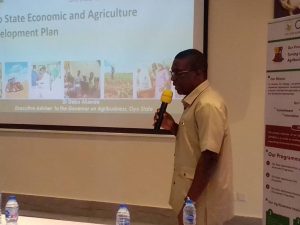 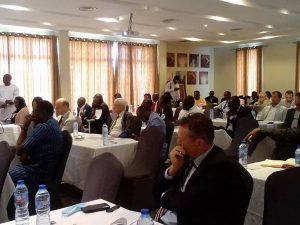 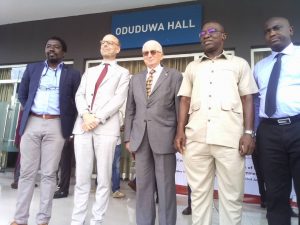 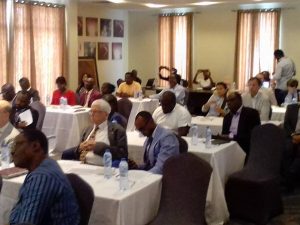 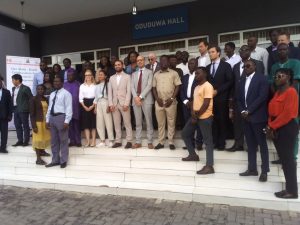 The program which was organised by Oyo State Agribusiness Development Agency (OYSADA) had in attendance the senior policy Agricultural Advisor to Netherlands Consulate-General, Mr. Brian Udoh, the Country Director of IDH the sustainable Trade Initiative, Mr. Cyril Ugwu, the Director-General of Oyo State Investment and Public Partnership Agency, Mrs. Lola Olutayo among other stakeholders, was aimed at strengthening the economic ties between Oyo state’s economic sector and public sector community and the Netherlands public and private sectors.

Oyo state governor, Engr. Seyi Makinde who was ably represented at the event by the Dr. Debo Akande the Director General of OYSADA stated that the the program will match the Dutch interest in food security, private sector and development, trade, and investment with the economic actors and opportunities in Oyo state.

Dr. Debo stressed that the vision of the event is to turn Oyo state into modern agricultural hub, with the mission to develop the strategy state, the strategy, coordinate, and implement agribusiness investment and projects in the state through public private and development partners (PPDP) business modus.

Akande in his presentation also noted that the program is to facilitate SME private sector investment in the agribusiness sector and to support the growth of the small holder farmers in the agriculture and related micro enterprises value chain (crops and livestock) development (MOARD).

Akande who also doubles as the Executive Adviser to Governor Makinde in Agribusiness said that the partnership between the Netherlands and the state government was to ensure that resources coming into the economic development of Nigeria were accord priority attention.

He said, “There is no government that can do it alone; we need partners and one of the critical areas of agribusiness is to ensure that we drive the private sector as much as we can at small, medium and large scale levels.

“And, we also ensure we bring as much resources as we could to the state via the international development organisations.

“For this state, from 2019 till now, we have been able to drive N27 billion private sector investment in agribusiness and have over N40 billion worth of international development funds into agribusiness.

“It is this kind of partnership meeting that brings these things to fruition,” Akande said.

In his contributions, the Consular General of Netherlands, Mr. Michel Deleen said, the purpose of todays meeting is to brought into Oyo state solutions from the Netherlands and to also link up with businesses in Oyo state and the Netherlands to make sure that we build Nigeria together.

Deleen further said, as you know for long time the Dutch companies have been in Oyo state,.you can think of the Nigerian Breweries, we also have fish mills and many others and we are trying to consolidate on that to see how we the Dutch companies together with Oyo state government can support and push further the economic development of Oyo state.

Also in his remarks, Dr Bunmi Babalola, the Permanent Secretary, Oyo State Ministry of Trade, Investment and Cooperatives, said the key takeaway from the meeting was how to leverage on the partnership.

Babalola said that this was aimed at promoting exportation, which had been the desire of market leaders in the state.