Shina Peller has commiserated with families of the slain LAUTECH Student.

Naijanewshub.com.ng reports that a federal lawmaker representing Iseyin/Itesiwaju/Kajola/Iwajowa federal constituency of Oyo State at the lower chamber of the National Assembly, Honourable Shina Peller, on Saturday paid a condolence visit to the family of the abducted student of Ladoke Akintola University of Technology (LAUTECH), Ogbomoso, Rachael Opadele, killed on Wednesday. 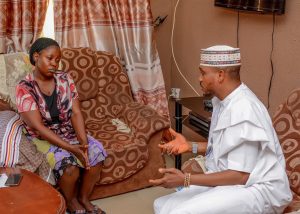 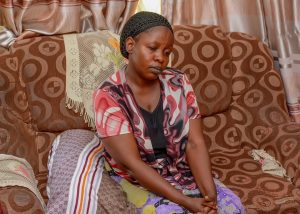 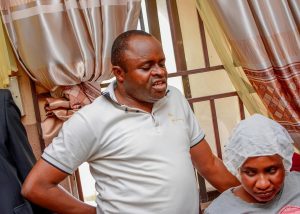 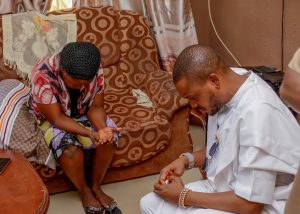 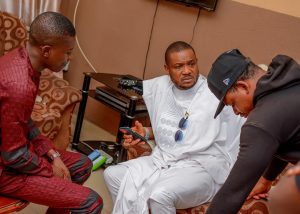 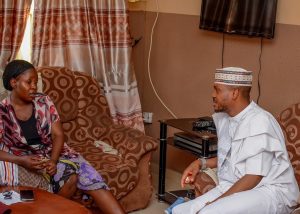 Racheal, abducted and killed alongside Mr Olugbenga Owolabi; owner of a hotel where she worked part-time, was a final year student of LAUTECH studying Fine and Applied Arts. She took up the part-time job at the hotel in Abaa community close to the institution pending suspension of the ASUU strike before hoodlums kidnapped her and the hotel owner on July 28 around 8pm at the hotel.

While commiserating with the families of the slain student and the hotelier, Honourable Peller expressed his heartfelt condolences on the demise of their loved ones, and prayed that God consoles them for their loss.

Honourable Peller according to a press statement signed by his media aide, Mr. Kola Popoola also seized the opportunity of his visit to Ogbomoso to meet with the representatives of the Oodua Peoples Congress (OPC) in the five local governments that make up Ogbomoso to discuss the ugly security situation being experienced in the town with a view to addressing it.

You All Have Critical Roles To Play In Achieving A New Nation, Shina Peller Charges Youth