Naijanewshub.com.ng reports that Oyo state Chairman of Action Democratic Party (ADP), Apostle Dare Ojo has confirmed that the party is ready for the forthcoming general elections, he also noted that all the internal rancour within the party have been settled. 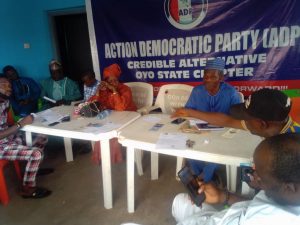 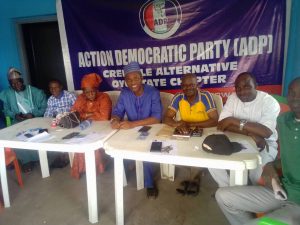 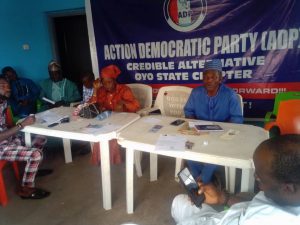 Speaking with journalists shortly after the stakeholders meeting of the party at the party state Secretariat in Ojoo Area of Ibadan, the Capital City of Oyo state, Apostle Dare applauded the national working and the national disciplinary committee of the party for his reinstatement after three months of suspension as the state chairman of the party.

Dare in his words said, “I thank God that all our internal issues have been settled, I have been reinstated after months of suspension, I give kudos to the national working committee and disciplinary committee of our party for after they’ve critically looked into allegations levelled against me, they realized that I’m innocent of all those allegations and I was reinstated with a letter from the Headquaters of our party.”

“This development has further cemented the fact that our party is a very discipline party, we are known for credibility, that is the reason why we are the credible alternative for Nigerians.”

“We have in our meeting today  stakeholders of our party at the state level, that comprises the state executive members and members of the working committee, as well as some of our candidates that are vying for various positions, the meeting is the first of its kind in this year 2023 and we’ve deliberated on a lot of issues including the issue that led to my suspension as well as my reinstatement, we also discussed about the suspension of some of the leaders of the party in the state by the state working committee and we thanked God that everything have been resolved.

“After our meeting today, the working committee still maintained its status quo on the issue, and they have forwarded their resolution letter to the national Headquaters of our party and I cannot do anything contrary to the decision of the state working committee on that, and we thanked God that the issue has been resolved.”

“On the case of Shina Ajala, the state working committee members briefed me that Ajala was parading himself as the acting state chairman of the party when he supposed not, because the letter of suspension given to me stated clearly that I should hand over the mantle of leadership of the party to the next person in rank to me who is the deputy chairman and Shina Ajala is not the next in rank to me, our deputy chairman come from Ibarapa zone, and for this reason, the state working committee still maintained its status quo on suspension of Alhaji Shina Ajala and they’ve also forwarded their decision on that issue to the national Headquaters of our party in Abuja.”

“With this latest development, we’ve settled all the internal rancour in our party, we are now ready for electioneering proper at our meeting today we’ve had a meeting with our candidates that are here on the way forward as regards campaign in their various local government areas, we’ve inaugurated various committees  that will be handling our campaign train, we’ve send a signal to some of our candidates that are not here about our resolutions.”

“I will soon meet with our gubernatorial candidate Akim Adebola Yusuf to brief him on our resolutions, as well on the way forward about our campaign strategy. Apostle Dare said. 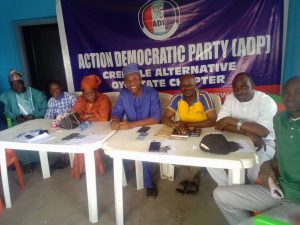 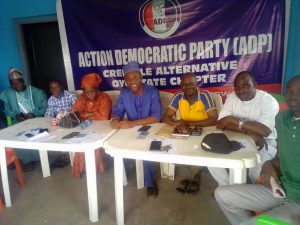 They also expressed the readiness of the party in the state for the incoming general elections.