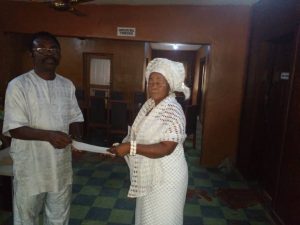 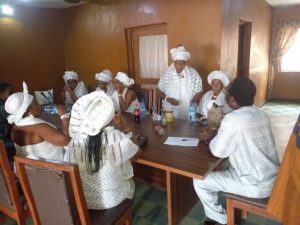 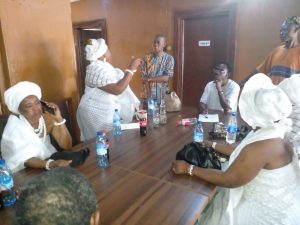 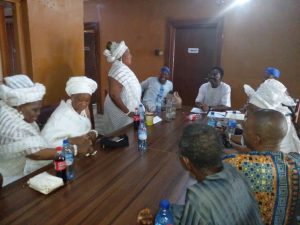 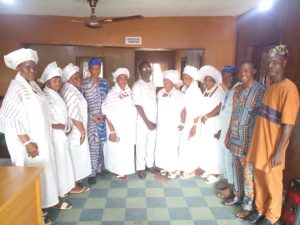 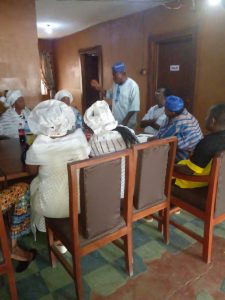 Speaking with journalists at the YHDS headquarters, Oduduwa Center Amodu Yusuf House, Iwo Road Ibadan, the Capital City of Oyo state, Dr. Taiwo Victor, the convener of the Yorubaland Security Trust Fund maintained that the cancellation of the trust fund followed the visit of the high-powered delegation of Egbe Obinrin Oodua Agbaye which came to us requesting for the cancellation of the event among is for inclusion of other organizations across.

Taiwo in his words said, “I Dr. Victor Taiwo, the convener of the event of the Yorubaland Security Trust Fund slated for 18th August, 2022 hereby on behalf of the executive members acknowledge the visit of the high-powered delegation of Egbe Obinrin Oodua Agbaye which has come to prevail on us to cancel the event for the inclusion of other organisations across world not involved in the scheme.”

“For the sake of unity, I hereby speak for the executive members of the organizing body Apapo Egbe Alaabo Ile Oodua that the appeal has been accepted and so conceded to the cancellation of the event for the best for Yorubaland.” Dr.Taiwo said.

Yeye Simisade in their statement explained the reasons for requesting for cancellation of the security trust fund stated that it will allow for stronger and consolidated arrangement that will involve other Yoruba organizations of likes mind and also for security consciousness.

“We would appreciate it very much if you can wait for all of us to discuss this security and insecurity issues together as it affect all of us.”

“We know that your actions was dictated by genuine intentions to ensure security for our land. Yeye Simisade stated.

The communique of the long hours meeting held between the delegation of Obinrin Oodua Agbaye and the executives of Apapo Egbe Alaabo Ile Oodua stated that the group on behalf of several other organisations across the world and some elders of Yorubaland brought a message of solidarity to Dr. Victor Taiwo and his team and so wished to be fully involved in their scheme.
The communique further stated that the ongoing by the process of full integration of all the organisations in Yorubaland both in the homeland and diaspora which were not originally part of the scheme which may take a longer time, it was thus agreed that the programme be cancelled for better future arrangement of all-inclusiveness.
“Essentially or out other way round, mothers have succeeded at imploring Dr. Victor Taiwo and his executives to cancel the meeting for a new arrangement to be out in place where everybody would be involved. We therefore take this opportunity to apologize to all patriots who have set their time to attend this event for all the inconveniences” the communique stated.
Tags
Announces Cancellation National Leader Security Trust Fund Victor Taiwo YHDSI