Prophet Kolawole had said that African leaders are blinded by vain glory.

Africa and its people appeared jinxed due to the fact that majority of our leaders are selfish and are blinded by vain glory and selfishness, Prophet Richard Kolawole, General Overseer, Christ Apostolic Church, Arogungbogunmi International, has said. 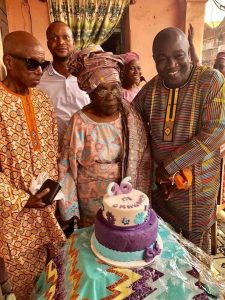 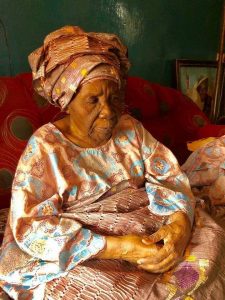 Naijanewshub.com.ng further reports that Prophet Kolawole cautioned those in leadership positions against overzealous attitude, saying that one day every man shall close his eyes in death to give account of his stewardship before God.

The clergyman spoke in Ibadan on Tuesday while receiving Christian faithful who came to commiserate with him on the passage of his foster mother, Dr Alice Mosunmola Apata, President, Good Women, CAC Worldwide, who passed on Sunday, October 23, at age 101.

The man of God said that “Our leaders misbehave oftentimes because they get carried away by spoils of office. They are blinded by the vagueness of the present time forgetting that there is tomorrow. They are deceived by the positions, wealth and accolades that they get. They would, therefore, forget about death, which is the ultimate end of every man.

“Usually in Africa, we have problem of bad leadership. It is difficult for them not to forget the poor. Whoever is ungodly would misbehave at the threshold of success. This is because he might arrogate his successes to himself. He would take for granted the fact that the battle is not for the strong nor the race for the swift.

“This is usually the reason why most of the people in positions of authority take the masses for granted. They believe in themselves. That is why Africa is so backward. Take for instance our past military head of state who starched our commonwealth in different foreign accounts while Nigerians continue to suffer.

“We need a selfless person who believe sincerely in the fact that success is measured by the number of lives that were impacted and not by the trillions that starched in bank accounts. The scriptures says we shall begin to enjoy the joy of the Lord right on the earth.”

The burial ceremony of the Madam Apata would be announced later.