Naijanewshub.com.ng reports that Oyo state government has expressed its readiness to host the second leg of the African Cup Of Nations (AFCON) game between Nigerian Under 23 and their Tanzania counterpart on Saturday, 29th October 2022 at the remodelled Lekan Salami Stadium, Ibadan the Capital City of the state. 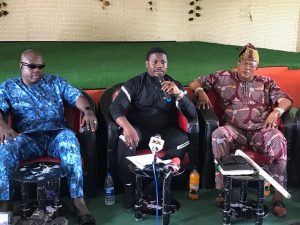 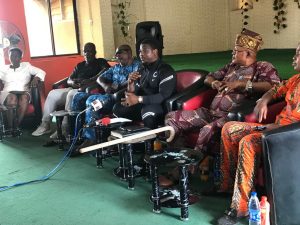 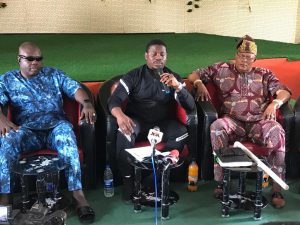 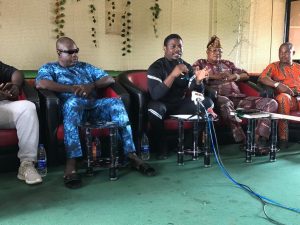 Speaking during a press conference at the Oyo NUJ Press Center Iyaganku GRA on Wednesday, the state Commissioner for Youths and Sports, Seun Fakorede stressed that the state is about to witness yet another milestone in the annals of the GSM led administration.

He said, “This administration has on several occasion assured the state of its commitment to irrevocably ensure that the fortunes of the State and its Citizen experience a positive change especially in relation to activities which directly affect the social and economic life of the people of this State.”

“It was just yesterday when the iconic Lekan Salami Sports Complex received a beautiful facelift after a 44 years of neglect and abandonment by preceding Administrations to open up new opportunities for our people to generate money and enhance value.”

“This Administration thus far has achieved the unprecedented remodeling of the stadium to an enviable World Class International standard.”

“Also we are about to witness another record breaking achievement in this Administration in the hosting of the Under 23 AFCON Qualifying Match happening before our very eyes after an almost 30 years of dearth of international engagements on the soil of Salami Sports Complex.”

“We are therefore calling on all football loving citizen to come en-mass to witness the epoch making event and give our darling Under 23 Olympic team an overwhelming and arousing support to victory.”

“I also wish to take this opportunity to charge the member of the public to cooperate with the officials, it is essential that the people should demonstrate patriotism and understanding before, during and after the match. This, if we do will enable us witness the hosting of more International Competitions in the State.”

“Finally, I wish to appreciate the members of the fourth realm of the estate who have consistently supported this administration, we do not take this for granted, we only solicit for more of your cooperations and objective journalism.”

Recall that the Nigerian Dream Team held Tanzania to a 1-1 draw in the first leg held at Benjamin Mpaka Stadium, Dar es Salaam on Saturday.

The game saw Nigeria take the lead on 29 minutes from the penalty spot through skipper Success Makanjuola.