Youths a have been urged to be prayerful, contentment and Godliness.

Naijanewshub.com.ng reports that a man of God has urged the youths who are determined to be great in life to adopt the instrument of prayer, contentment, Godliness among others in fighting the giant killer that posed as a threat to their lives in attaining thier success.

In his sermon, Pastor Dayo Fatanmi at the Youth Mega Jams 2022, held at the International Conference Center University Of Ibadan in Saturday urged youths in attendance to shun all forms of ungodliness, stressing that such acts if not cut off will surely affect them in getting to their peak of the career in life. 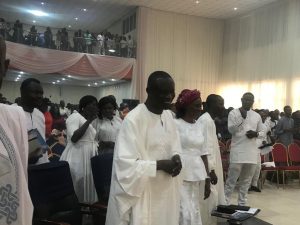 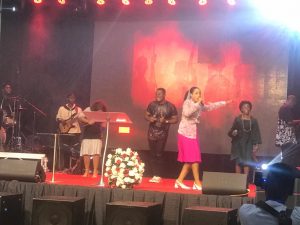 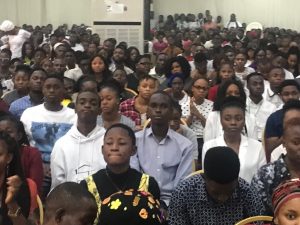 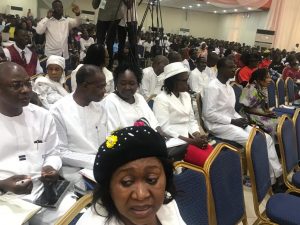 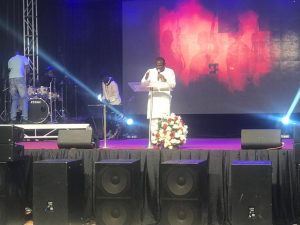 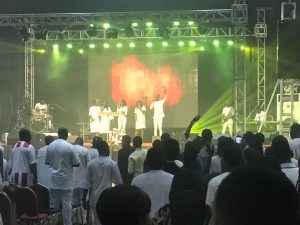 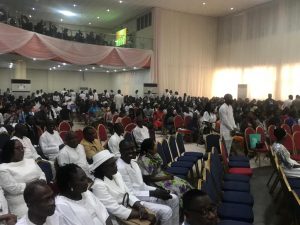 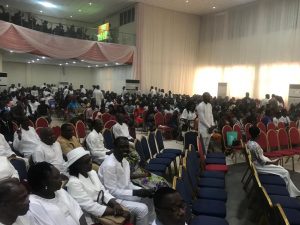 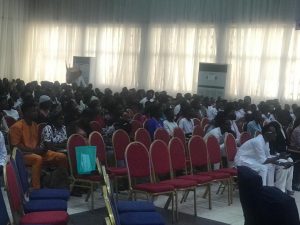 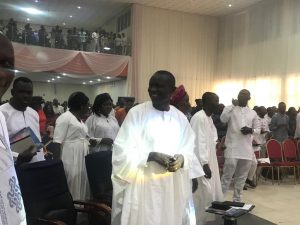 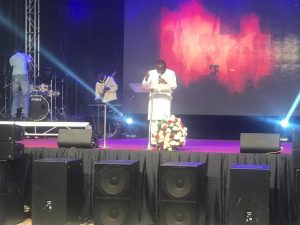 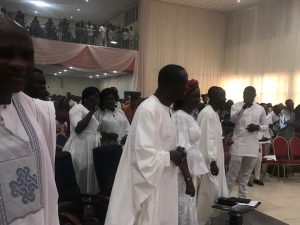 The Youth Mega Jams 2022 is one of the programmes that was lined up in commemorating the 40th Holy Ghost Convention of the Sword of the Spirit Ministries.

The youths in attendance came are from various tertiary institutions bible fellowship and worship centers across Nigeria, such as the Obafemi Awolowo University, The University of Ibadan, Adeosun Ogundoyin Polytechnic, Federal University of Agriculture Abeokuta, Federal Polytechnic Ede, Polytechnic of Ibadan,among others.

The event that was co-hosted by Temitope Oyadeyi, Oluwaranti Liad Stella, also had in attendance some invited gospel artists such as Kay-Sars, Kelechi, New Generation Christ Life Choir, The Gifts from the Besda Homes/School of the Blind Choir, Ada Ehi Sam Duro, House of Wonders Lekki Choir among others.

Pastor Dayo Fatanmi in his ministering that centered on the theme of the event “The Giant Killer said there is a giant killer which always stand as a stumbling block, blocking the children of God from attaining their peak of their career of not properly deal with on time.

Pastor Dayo Fatanmi said, “there is a giant killer that always posed as a stumbling block for a child of God that want to cross to the other part of life, a successful path of life, you needs to kill such giant killer before it kills you, you need to kill it to achieve your dreams in life, because failure to kill the giant, I mean if you refused to kill him, it will kill your dreams, your potentials, your vision and your future and might prevent you from getting to the promise land.”

“With a giant killer it’s impossible to cross over to a promise land and as a new generation there are some giants that are standing as a stumbling block that might be blocking you to a greater heights and there must be a way out for a children of God.” Pastor Dayo said.

The clergyman in his analysis named Pride, Lack of Contentment, Greed, Laziness, Ungodliness and Sin as the giant killers that are responsible for downfall of any children of God if they failed to cut them off their lives.

He said, “Don’t allow pride to destroy you, pride goes before destruction, pride is a great giant, if you don’t cut it off now, it will destroy you, and the second one is lack of contentment, the greed, we brought nothing to the world and we shall not take anything when we are leaving here, so we must be contented, don’t be driven by what your colleagues are doing in school, you’re a child of the lord be contented with what you have now, because lack of contentment is a great giant and can destroy the future if you don’t cut it off, no matter how good your future, no matter how good your dreams are if you are not contented in life you might not go far in life, so you must be contented with what God gives you.”

“Laziness is another giant that can affect your future, laziness is another giant you must cut off, don’t be driven away by the social media, avoid a lot of things on the social media, do things at appropriate time, work very hard to achieve success, because there are no short cuts to success, so don’t be lazy if you want to be successful in life, laziness is a giant and it can destroy your future.”

“Sin is another giant that destroy you, sin destroys man, in the book of James chapter one verse 14 God also revealed and attest to it that sin kills, sin if not cut off will lead to death, afford anything that cause you temptation, which can later lead you to sin and accumulations of sins lead to death.” Pastor Dayo said.

Speaking on the instrument needed to kill the giant, Pastor Dayo noted that a child of God must first identify the giant battling with his or her life before fighting them with words of God and prayer.

He said, “firstly you must identified the giant, and the words of God is what you need, study the book of instruction, digest it and only then you will prospers, the seed of prosperity is in the words of God and whatever you do, you shall be succeeded in it. Be focus with your vision and be patient with prayers you shall get to wherever you’re going, say no to ungodliness, be caution of relationship you keep, make use of instrument of prayers, don’t joke with prayers, devote your time to prayer, always connect with God, and separate yourself from any relationship that connect you with the devil, moving and abiding with all the instruments given above you shall move forward and attain your dreams in life. Pastor Dayo said.