Naijanewshub.com.ng reports that the Oyo State Commandant of Nigeria Security and Civil Defence Corps,(NSCDC) Commandant Adaralewa Micheal has on Tuesday lauded the working synergy among the security agencies in the state. 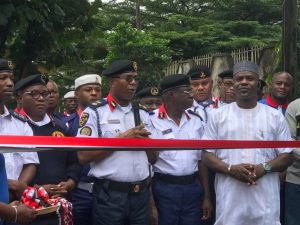 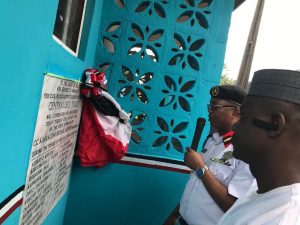 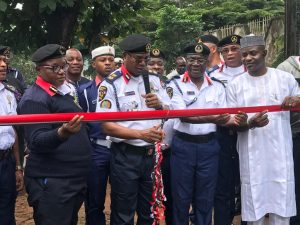 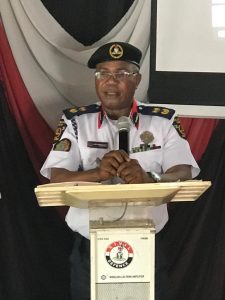 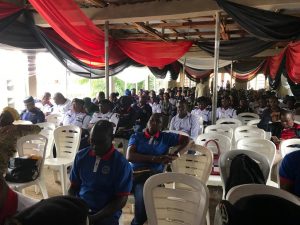 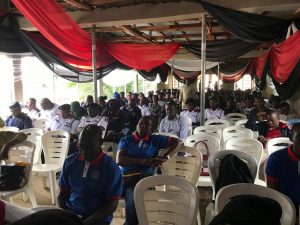 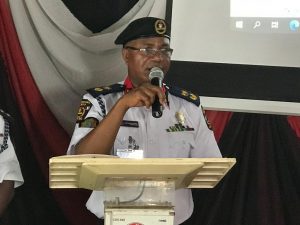 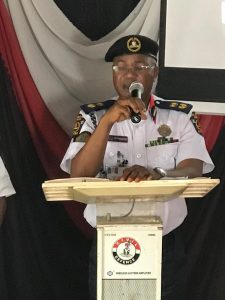 Speaking with journalists at the NSCDC command during the official opening of a day seminar organized by the cooperative union of the command, Commandant Adaralewa also commended Oyo state indigenes and residents for their unflitching support in making a battle against insecurity a successful one.

In his words, Adaralewa said, “Oyo state indigenes and residents have begin to appreciate the laudable work that the NSCDC Oyo state command is doing that is why virtually all the communities in the state are partnering with us, we are right going to Inu-kan community to commission an outpost station that was demanded by the community.

“The community called for the outpost station because they want to feel our impact and also to feel our presence and they made basic facilities available including infrastructure. We are going there to see for ourselves and to commission it.

“This outpost will definitely enhance the security coverage and security policing of that community henceforth in terms of hoodlums. The issue of kidnapping, cultism among others will be a thing of the past, and today we are deploying our personnels to that community and they will swing into action immediately.

“We are beginning to making sure that Oyo state is safer more than before, so we want to tell all the community that are yearning for our presence that we are here to serve them, all what they need to do for us is to give us all the necessary facilities to work with, we will partner with you and make your environment safe.

“I doubt if any state have such synergy than Oyo state, here in Oyo state we relate as families, we work, we talk, we synergies, we share intelligence as families, anytime your men are overwhelmed on the field they call for backups from either police, military, DSS, and before you say anything, they are already there to give you the backup.”

“We have our own personal platform where we relate on operations and it’s very robust and fantastic. Of course that has enhanced the security architecture of the state and we have various inter-agency operations where the Civil Defence will call on the police for patrol in the night and we also do partner with the military even apart from the well known Operations Burst, we carried out clearance operations in all the bushes especially in the state, especially in Oke Ogun part of the state to rid out our bushes from criminalities.

“We have been up and doing and it has really enhance the relative peace we are enjoying in the state.” Adaralewa said.

While speaking with journalists the President of the cooperative union of the command, who is the host if the seminar Mr. Adebayo Kayode stressed that the semi are is in line with the directive of Ahmed Abubakar Audi, the Commandant General of NSCDC.

He further urged all the participants to make good use of the seminar for the betterment of themselves and the society at large.

Other highlights of the program is the commissioning of a multi purpose toilet facility built by the cooperative union for the usage of the entire command.