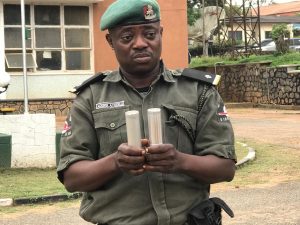 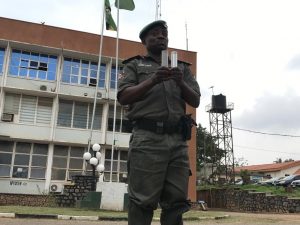 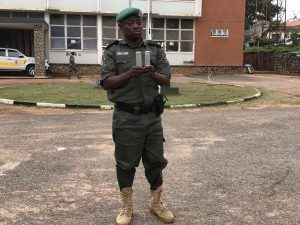 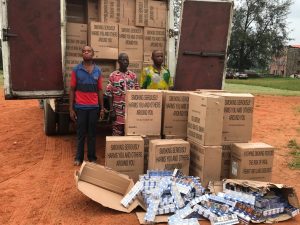 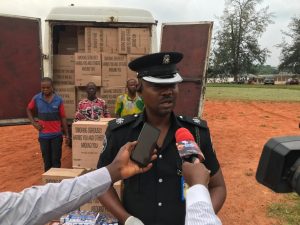 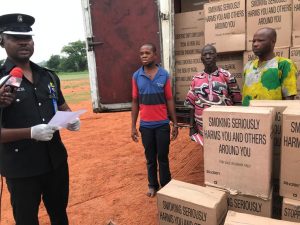 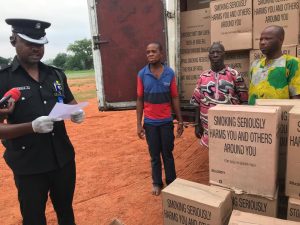 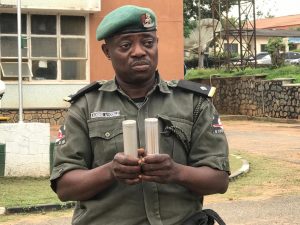 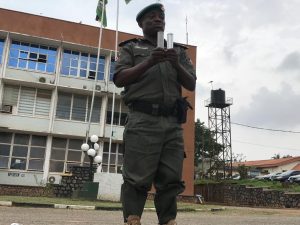 Briefing journalists at the Command Headquarters, the state police commissioner, CP. Adebowale Williams gave the name of the suspect as one Adebisi Ayodele, aged 50.

CP. Adebowale who briefed journalists through the State Police Public Relations officer, SP. Adewale Osifeso maintained that the suspect was arrested on Sunday 21/08/2022 at Asejire under Egbeda Local Government while providing illegal escort services in a Red Mistubish space wagon with Registration No. ARP 34 AA.

CP. In his address said, “The dragnet of eagled eye operatives attached to “Operation Restore Peace”, Oyo State Police Command has identified and apprehended one Adebisi Ayodele ‘m’ a level 14 elementary school teacher at Ikereku- Idan, Abeokuta , Ogun State who has been presenting himself as an Assistant Superintendent of Police attached to Police Mobile Force Unit of the Nigeria Police Force for (13) thirteen years.

“The suspect at the time of arrest on Sunday 22/08/2022 at Asejire under Egbeda Local Government was providing illegal escort services in a Red Mistubish space wagon with Registration No. ARP 34 AA, dressed in complete police uniform in company of another female passenger.” Adebowale said.

In his words, the suspect confessed to have stolen the police mobile uniform and kits from his neighbour’s house in Abeokuta.

He said, “I stole the uniform, the canisters and other kits from my neighbour’s house in Abeokuta, I’m a primary school teacher, I’m currently in level 14, and I love police job, and have been telling people in my area that I’m a policeman, so like five years ago I stole the uniform and kits and I started wearing it so that people will know truly that I’m a police man, have not committed any offence with it before.

Similarly, three suspected smugglers were paraded at the command for attempt to divert a fully loaded truck of cigarettes.

CP. Adebowale in his address, said Umaru Sunday aged 36 and Itoh John aged 45 were arrested were arrested on 16th August, 2022 at about 1600hrs, based on credible informations received by operatives of the Command Monitoring Unit Eleyele Ibadan while on intelligence based anti-crime patrol at Toll Gate area that a trailer loaded with Cigarettes suspected to have been hijacked and diverted by some unknown hoodlums was sighted where the hoodlums were waiting for their criminal receivers at Toll Gate Area, Ibadan.

“Sequel to this information, the team of police operatives from Command Monitoring Unit swung into action and on getting to the said area, two suspects who identified themselves as UMARU SUNDAY ‘M’ and ITOH JOHN ‘were arrested at the scene and the Trailer loaded with One Hundred and Fifty ‘’150’’ cartons of  Cigarette was recovered.

“Further investigation led to the arrest of one PEJU OKANLAWON from whom another One Hundred and Twenty Cartons of the Cigarette were recovered in Lagos State.

Upon interrogations, the suspect confessed to have assisted the hijackers to move the diverted goods to their criminal receivers in Ibadan where they were arrested.”

“Preliminary investigation revealed that the hijacked trailer and the goods belong to a Tobacco Company located in Ibadan and the management of the company has been contacted and they confirmed the incident.Investigation is now in progress. Further developments on the case will be communicated later. CP. Adebowale said.

Exhibits recovered from the suspected smugglers are 270 cartoons of cigarettes, one Mercedes Fakas 185.

Speaking with journalists, Itoh John said, “I’m a loader and I was called by my Oga to follow the truck to Ibadan for offloading, I was not aware of the content inside the truck.