Confirming the development through a press release dated, July 1st, 2022, the state Resident Electoral Commissioner (REC), Dr. Mutiu Agboke noted that the Continuation of the exercise became necessary so that the Commission would be able to continue to further provide Electoral services to the people of the state and in order to register all eligible registrants who are interested in the registration.

A copy of the statement made available to Naijanewshub.com.ng further maintained that the Hon. Resident Electoral Commissioner stressed that, the Commission has also deployed additional machines to areas of pressure in the State, adding that INEC would continue to serve the people of the State with regards to the ongoing exercise.

Dr. Mutiu Agboke urge all eligible registrants that just turned 18 years of age or that have not registered before now to make use of the ongoing CVR saying that those whose Permanent Voter Card (PVC) are lost/ damaged or would like to transfer from one location to the other could also do the same online via:

He however implore the general public not to indulge in multiple registration saying that such would amount to electoral offence punishable under the Law. 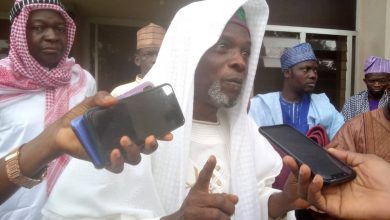