Naijanewhub.com.ng reports that the immediate past Resident Electoral Commissioner (REC) in Oyo state Dr. Mutiu Agboke has implored Oyo state government under the above leadership of Governor Seyi Makinde to declare at least a day holiday to enable residents who were yet to pick up their Permanent Voter Card (PVC), get their cards to offset the about 700,000 uncollected PVC.

Agboke gave the suggestion while delivering a key-note address at the 15th anniversary celebration of the first Ibadan-based private radio station, Splash 105.5 FM, Ibadan and the 83rd birthday celebration of founder of the radio station who is also the Ekaarun Olubadan of Ibadanland, Chief Adebayo Akande, held at the Trenchard Hall of the University of Ibadan.

Dr. Agboke explained that the public holiday would equally discourage voters apathy, and assured the people that the country’s electoral processes have undergone necessary transformation that would enable the people’s vote count, especially with the introduction of the Bimodal Voters Accreditation System (BVAS) and quick update of results on INEC portal which has begun to revolutionize democratic system.

While assuring that despite security challenges, the Independent National Electoral Commission, INEC, remained committed to the timelines for the conduct of the next general elections, Dr. Agboke stressed the need for all stakeholders, particularly security operatives to synergize together for a smooth electoral process next year.

Also, the chairman of the event, Professor Femi Bamiro in his address enlisted some obstacles in the previous electoral dispensations and charged necessary stakeholders to ensure they deliver on their mandate to the people as any disruption or lack of trust from them might portend grave dangers to the process.

Equally, in his welcome address, which was delivered by his wife, Chief Mrs Onikepo Akande, the Iyalode Iyaloja of Ibadan, the celebrant and founding chairman of Westmidlands Communications, High Chief Adebayo Akande, the Ekarun Olubadan of Ibadanland, acknowledged that the story of Splash Fm has been that of Audacity, defying the odds which consequently opened up the frontiers for other private radio stations.

In his remarks, General Manager Operations SplashFm, Mr Tunde Olawuwo emphasized that the various brands of West Midlands Communications, which included SplashFm and Lagelufm would not relent in their commitment of championing courses that would deepened civil and political enlightenment.

As part of activities to commemorate the 15th anniversary, the SplashFm management staff had earlier paid a visit to present gifts and foodstuff to selected orphanages in Ibadan as well as a football match between SplashFm team and Ibadan All Stars. 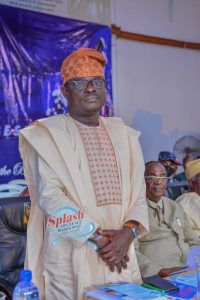 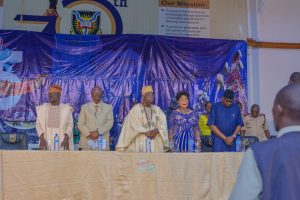 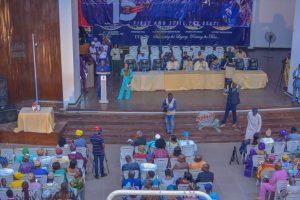 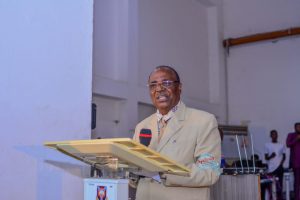